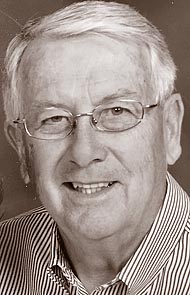 Beloved husband, father, grandfather and uncle, William (Bill) C. Short, 75, passed away on March 3, 2018, at his home in Yellow Springs, surrounded by family.

Bill was born in Springfield to Novabell (Arbegast) and Fred Short.  He obtained a degree in agricultural economics from The Ohio State University, during which time he met and married Mary Jane Corry. He had an early career in sales at Ohio Bell and as the director of communications at Nationwide Insurance Company in Columbus, Ohio.

In 1993, he and Mary Jane moved to Yellow Springs and Bill opened a Nationwide Insurance Agency in Springfield, a natural fit with his outgoing personality.  He took great pride and enjoyment in owning his own insurance agency and commercial real estate business, and in his retirement, developing a successful business with his son. He was a dedicated father, supporting his kids’ activities, and later spending many summer vacations with extended family and his grandkids on beach vacations.

Bill enjoyed life, never knew a stranger and truly enjoyed being with people. He was energetic, compassionate and a force of optimism. He enjoyed coffee with his friends, family gatherings and working with his animals on his “little” farm. He always enjoyed talking with and mentoring young people.

Bill volunteered at the Xenia Fish Pantry, the Board of Elections and Big Brothers Big Sisters, and was a leader of many church youth and 4-H activities. An active member of the Faith Community United Methodist Church in Xenia, he served on the Building Committee and as a trustee.  He was active in his community, belonged to Yellow Springs Historical Society, CBE Board, a past member of Sertoma and Masonic Lodge 445.

A gathering of family and friends will be held at Faith Community United Methodist Church in Xenia on Saturday, March 10, 3–4 p.m., with services following at 4 p.m.

Arrangements in care of Jackson Lytle & Lewis Funeral Home. Condolences may be expressed to his family by visiting http://www.jacksonlytle.com.