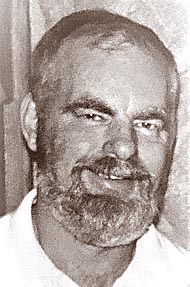 Jan L. Smolinski, 71, passed away at home on Thursday, April 12, 2018, of complications from cancer and Lambert-Eaton Myasthenie syndrome.

He was preceded in death by his father and mother; John Smolinski and Mary Smolinski-Bentrup; and step-father Gilbert Bentrup. Jan met the love of his life, Marybeth, when she, as his waitress, poured hot coffee on him. He married Marybeth (Yoder) Smolinski in December of 1990.

Jan was born in Dayton on March 19, 1947. He was the younger of two children. He went to Carrol High School and Fairmont High School in Kettering, but received a GED in 1966. He was in the army from 1966 and honorably discharged in 1972. Jan worked at Victoria Theater, Frigidaire, Channel 2 television and Suttmiller’s before joining the International Alliance of Theatrical Stage Employees (local 66) in November of 1969. During his tenure with the local, he held the offices of trustee, secretary-treasurer, business agent and president. He was instrumental in implementing the local’s pension, health and payroll systems. Though he traveled around the city, and sometimes to other cities rigging, loading/unloading trucks, running sound or lights, his main house job was running sound at the Dayton Convention Center. Whatever and wherever he was needed, he would do what he could to put on a good show.

Jan was an avid fisherman, a gardener, a great chef and fantastic financial adviser. He taught all his nieces and nephews to fish (whether they wanted to learn or not), and was teaching his grandson when he became ill. He enjoyed experimenting in the kitchen, making it a unique experience for dinner at times. He would advise friends and family on stocks to buy, and then would not take his own advice. He enjoyed gambling with friends, but soon they all learned not to sit next to him. He seemed to steal the luck from anyone around him. He planted seeds in the winter and tended the garden and mowed grass all summer. If you ever had a question, you could ask Jan. He read all news every day. He would read financial news, political news, strange news, always seeking the truth.

The family would like to extend a special thanks to: Dr. Daniel Whitmer, Dr. Manisha Nanda, the numerous healthcare providers that gave care during Jan’s illness; Soin Medical Center, and Hospice of Dayton. Jan’s family would also like to thank the brothers and sisters of IATSE local 66, employees of MacB, and employees in IDAL for the love, support, and food throughout the illness.

A celebration of Jan’s life was held on Wednesday, April 25, at 6 p.m. at Newcomer-Beavercreek Chapel. In lieu of flowers, donations can be made in Jan’s memory to: American Cancer Society, Hospice of Dayton, your favorite charity or a Democratic candidate.