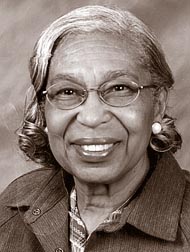 Therese was born Jan. 12, 1930, in Washington, D.C. She is survived by her son Carl Jr.; daughter, Cecilia, with grandson Victor; and son Gerald, with wife, Talitha and granddaughter, Evelyn.

Therese grew up on P Street in the northwest section of the nation’s capital. After completing Dunbar High School in 1947, Therese graduated from Miner Teachers College in 1952, with an undergraduate teaching degree. Therese met Carl Greene Sr. while he was earning his engineering degree from Howard University and they were married in 1952. Therese worked as a teacher in the D.C. schools while Carl Sr. was stationed overseas in the U.S. Air Force.

Therese and Carl Sr. relocated to WrightPatterson Air Force Base in 1953, and established a family with Carl Jr. in 1955, and Cecilia in 1956. The Greene family moved to Yellow Springs in 1958, and Therese completed her family with Gerald in 1959.  Therese augmented her teaching career with a part-time job at Goes Playschool from 1965 thru 1970. Unfortunately, her life changed when Carl Sr. passed unexpectedly in 1969.

Therese participated in numerous extracurricular activities. She was active in the Alpha Kappa Alpha Sorority, and a member of the National Honor Society.

The Catholic Church has been an integral part of Therese’s family for generations, and her faith greatly contributed to her satisfaction and enjoyment of a long 88 year lifetime. She will be missed dearly by all of her family, friends, associates and students. Service for Therese Greene will be held on Saturday, May 5, at St. Paul Catholic Church, located at 308 Phillips St.  in Yellow Springs. Visitation will be 9:30–11:30 a.m., followed by the Alpha Kappa Alpha Sorority Funeral Mass at noon. Interment will follow at St. Paul Catholic Cemetery, Yellow Springs. Arrrangements entrusted to Porter-Qualls-Freeman Funeral Home.