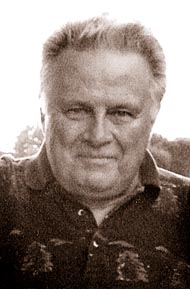 The son of Margaret Bromeier and Harold Brezine, Don was born and raised in Cleveland. He joined the Jesuits out of St. Ignatius High School, was ordained a priest and remained with the church for 17 years. During that time, he received a law degree from University of Detroit. After leaving the priesthood, Don married and moved with his young family to Greene County in 1974, where he served as county administrator in rebuilding from the Xenia tornado. Don later served as director of Friends Care Center in Yellow Springs, raising his children there. He finished his working life as a lawyer in private practice from 1985 to 2012.

Don was loving, patient and kind, present to the needs of anyone who asked and generous to a fault — although he would likely argue that such a thing was not possible. He was a scholar, writing every day, be it his big book of theology, or poetry, or reading mysteries. He was a word man, conquering the Sunday New York Times crossword puzzle, a passion. He loved Gilbert and Sullivan, encouraging his talented children in theater and school, making sure they were able to pursue higher education. Don loved sports, Fairmont band and football, Notre Dame, the Cleveland Indians, the Cincinnati Reds, golf and, this year, soccer. He was active with the Democratic Party and had solutions for world problems to the very end. Don was always a loving partner and supporter of Sue’s career in art.

Don spent many hours in silence and meditation, holed up in his room, writing. He was uneasy with small talk in large gatherings. Son Adam knew him well, saying, “It may have been hard to get him to start talking, but it was even harder to get him to stop.”

Don left this life in love and gratitude, as he lived. We will be forever grateful to Walnut Creek Senior Center for the lovingkindness and excellent care of the entire staff.

In lieu of flowers, donations may be made to The Antioch School or St. Jude Children’s Research Hospital. A memorial celebration of Don’s life will be held Saturday, Oct. 20, 2–5 p.m., at David’s Cemetery Mausoleum Chapel in Kettering.