Janet moved to California at a young age and attended school there. She graduated from Los Angeles High School. Janet earned a nursing degree after high school. After working in the nursing field for a while, Janet returned to Yellow Springs and worked at Friends Care Center until her retirement. She was a member of the Springfield Ohio West congregation of Jehovah’s Witnesses.

Janet will be remembered as a devoted mother and grandmother.

A memorial will be announced at a later date. 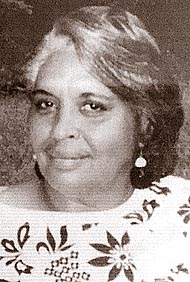