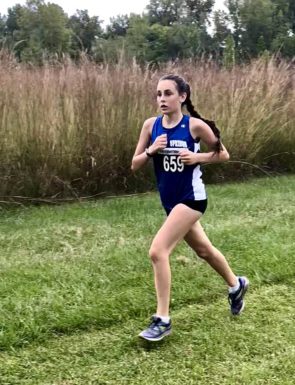 This week, the Yellow Springs High School boys varsity soccer team faced its first defeat of the season, a 5–3 loss to Greeneview at home.

YSHS players Jesse Linkhart and Teymour Fultz scored for the Bulldogs, while keeper Dylan Rainey made nine saves during the night.

On Saturday, the Bulldogs played to a 0–0 draw at Waynesville.

YSHS started its year with four straight wins, including a 5–0 away defeat of Miami Valley in league play to open the season. The team went on to overwhelm visiting Northeastern at home, 10–0, and then win twice on the road, at Springfield by a score of 3–1, and at Northwestern, 3–2. They are now 6–1.

On Tuesday, Sept. 4, the YSHS girls varsity soccer team took on both the non-conference Fayetteville-Perry Rockets and mother nature.

In a scorching home game, both teams were clearly affected by the heat.  Though there were a few spurts of energy, namely the tenacious play of junior Rebecca Spencer, the Bulldogs came up short, falling 2–0.

The team hopes to rebound after this disappointing finish and look forward to conference play starting up next week against Middletown Christian.

On Wednesday, Sept. 5, the YSHS cross-country team competed at the Fairborn Skyhawks Invitational. This was the first big cross country meet for the Bulldogs this season and head Coach Isabelle Dierauer was very pleased with the performances and team cohesion.

Unfortunately this year there are only two middle school girls representing the Bulldogs. At the same time, these two young ladies dazzled the fans with stellar performances. Out of 172 runners, Cheyan Sundel-Turner placed 12th in a time of 14:27 and her teammate Josie DeWine placed 64th with a time of 16:56.

The high school girls team unfortunately missed several runners. However, out of 89 runners Evelyn Potter placed 18th in a time of 25:35 and her teammate, Avery Reeder, finished in 27:15.

The YSHS varsity volleyball team traveled to Emmanuel Christian on Tuesday, Sept. 4, to take on their long-standing conference rival.

The Bulldogs consistently led in the first two sets and never felt threatened by the Lions. In the third set, the Bulldogs had the lead at 18–15 when the Lions called a timeout.

The Lions came out fighting, going on a serving run of seven points, putting the set at 18–21. The Bulldogs battled back, but the Lions seemed to have the momentum and took the set.

The fourth set was pure chaos on both sides of the net with the Lions taking that set. For the fifth and deciding set, the Bulldogs had had enough and came out with a vengeance. They started off strong and never looked back. The Bulldogs kept their undefeated record with the win 25–19, 25–13, 21–25, 19–25, 15–9.

The Bulldogs traveled to Northeastern High School for an early Saturday morning non-conference game on Sept. 8.  Playing without their senior middle hitter/blocker, the Bulldogs suffered their first loss of the season. Emma Ronnebaum had six kills, four assists, three blocks and 13 digs while Linkhart put down four kills and two blocks and had seven assists, 12 digs and one ace. Foster, Longshaw and Olivia Snoddy each had two kills, with Snoddy putting up two blocks and Smith blocking three kill attempts.  The final scores were 8–25, 17–25, 12–25.

Yellow Springs is now 6-1, 4-0 in the Metro Buckeye Conference.