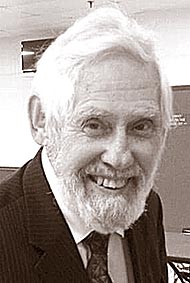 The Rev. J. Ray Tyson, 86, of Yellow Springs, went home to be with his Lord and Savior, Jesus Christ, on Monday, Oct. 1, 2018, at his residence. He was born Dec. 20, 1931, in Dayton, Ohio, the son of James Thurston and Dorthy Peffers Tyson. He was the minister of the Yellow Springs Christian Center, and was a veteran of the United States Air Force, serving during the Korean War.

He was preceded in death by his parents; by his first wife, Marilyn (Inman) Tyson, in May 1986; by his second wife, Alice Johnson Tyson; a daughter, Joye Denise Joseph; a step-son/son-in-law, David Shepherd; and by a sister, Deloris Silvers.

Ray will be greatly missed by all who knew and loved him. Services were held Saturday, Oct. 6, at the Yellow Springs Christian Center, with Pastor Charles Bunton officiating. Visitation was held the previous evening at the church. Burial was in Glen Forest Cemetery in Yellow Springs. In lieu of flowers, contributions may be made to Ohio’s Hospice of Dayton, 324 Wilmington Ave., Dayton, Ohio, 45420, in his memory. Condolences may be made to the family at http://www.NeeldFuneralHome.com.