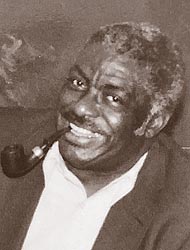 Russell was born on March 7, 1928, in Blytheville, Ark. He was a graduate of DePaul University and a United States Army veteran, having served in the Korean War. Russell spent much of his career working for the United States government, eventually working at and retiring from Wright-Patterson Air Force Base. While living in England, he married Iris Carter. They moved back to the United States in 1966 and settled in Yellow Springs in 1973.

Russell possessed a strong sense of personal responsibility and a lifelong commitment to community. He was a member of the YS Optimist Club, AACW and Christ Episcopal Church. He was involved as a soccer and track coach, a youth mentor and helped seniors at the YS Senior Citizen Center. He was also an avid tennis player well into his 80s.