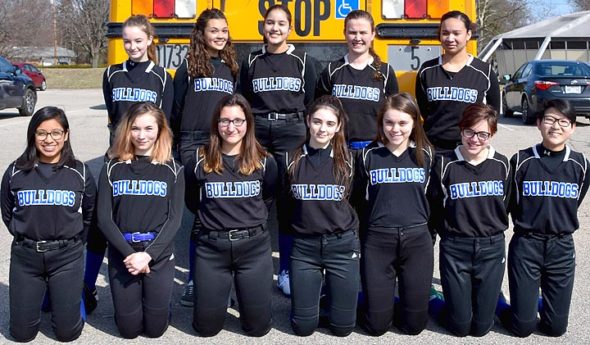 The 2019 version of the Lady Bulldogs softball team will have a new look this season. Gone are seven seniors who led the team to two first-place finishes, including an undefeated Metro Buckeye Conference (MBC) season in 2017.

No worries, according to coach Jimmy DeLong, who is entering his eighth season as the softball coach.

“This team has seven freshmen and two sophomores on the roster who are hungry to play, so while I have a very young and inexperienced team this year, the good news is it’s also a group that is extremely athletic and very coachable and eager to learn. It is joined by some upperclassmen who are ready to contribute this season, so we may surprise some teams once the league play starts. I am looking forward to this season.”

So how is the team shaping up for this season?

According to DeLong, the infield looks solid this year.

“We have a lot of depth this year in the infield. We have several talented girls capable of playing there.”

Leading the way is junior Zoe Lafferty at third base.

“Lafferty has the most experience in the infield and will be a leader there,” according to DeLong. “She’s quick and has a strong and accurate arm. She’s also a good hitter who hit .375 for us last season.”

Freshman Ava Schell has looked good at first base in the preseason games.

“Schell is a gifted first baseman who already looks comfortable at that critical position. She’s a versatile player with a good glove and quick feet who can also pitch for me. She’s been a pleasant addition.”

The middle infield positions will be held by junior Rebecca Spencer at second base and freshman Lily Rainey and senior Abegayle Florence at shortstop.

“My middle infielders are solid. Spencer has the quickness and range I like at second base, and Rainey and Florence both possess good gloves and strong, accurate arms at shortstop. Florence also looks to be a strong hitter who can drive the ball. All three of these girls will see playing time.”

Other girls who will see playing time in the infield are Carina Basora and Hailey Burk.

“Basora and Burk both have strong arms and are very athletic on the field and will be able to contribute as the season progresses.” 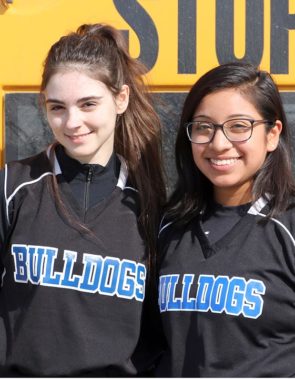 “Bryan has good speed so is a natural for the outfield as she covers a lot of ground. Zendlovitz has a good glove and takes good angles on defense. Lechler, Burk and Basora have all looked good out there.”

The critical catching position will be filled by sophomore Bre Wallace and junior Rebecca Spencer.

“Wallace has looked outstanding at catcher. She has a quick glove and strong arm and can hit and she brings a perfect attitude to practice everyday. In short she is the best all-around catcher I have coached in my eight years at Yellow Springs.”

“Spencer will be my primary back-up catcher this year. She did a good job for me last year. It’s a luxury to have two good catchers.”

This season Yellow Springs will have several pitching candidates, as all pitchers who saw time on the mound last season have graduated. There are several new candidates for this season. Freshman Leanna Taylor, Ava Schell and Carina Basora all look promising on the mound. Sophomore Hailey Burk and seniors Lily Bryan, Sara Zendlovitz, and Abegayle Florence will all see time on the mound.

“We’ll run several people out to the mound this year. We’ve focused on pitching this preseason. I have three freshmen we’re working with, and two of them who have gone to pitching lessons are starting to come around. Taylor has been relentless on the mound and throws strikes, and Schell has a real smooth delivery. Basora is a raw talent who throws hard. Abegayle Florence appears ready to pitch and will likely see a lot of time on the mound this year; in addition, sophomore Hailey Burk has been the biggest surprise with her velocity on the mound. Seniors Sara Zendlovitz and Lily Bryan have worked hard on their mechanics and can throw strikes for me, so we’ll have a lot of candidates to choose from.”