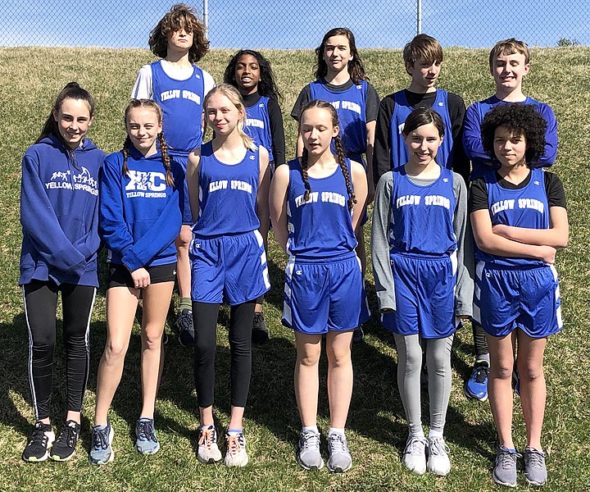 The Yellow Springs Lady Bulldog team had their home opener last week against Belmont and after falling behind 4–1, they rallied behind the strong pitching of Abby Florence, the hitting of Bre Wallace and the clutch defense of Lily Rainey and Zoe Lafferty to hold on for a hard earned 12–10 victory.

The young team played like a veteran team. Pitching got stronger as the game went on, and the defense saved the day on multiple occasions.

After Yellow Springs took a 5–4 lead, the defense made two sparkling plays to get the team out of bases-loaded innings against Belmont. With two outs and the bases loaded in the fourth inning and Yellow Springs protecting a 1-run lead, freshman shortstop Rainey ranged far to her left to pick off a ground ball, quickly throwing to third base to get the final out of the inning, and turning the game around.

In the sixth inning, Yellow Springs was protecting a 12–10 lead when Belmont again had the bases loaded and two outs. Time for another sparkling defensive play as Bulldog third-base player Lafferty proceeded to pick off a hot-shot ground ball to her left and get the out at third base to escape another bases loaded jam. Lafferty has outstanding reflexes, and she needed them to get that out.

Yellow Springs also turned a double play in the second inning when freshman second-base player Carina Basora ranged to her left to pick off a soft line drive and showed off her arm strength with a bullet strike to second base to double off the runner.

Meanwhile, the Bulldog offense also had their moments. The team exploded for seven runs in the fifth inning behind hits by Lafferty and Wallace as the team took a lead they would not relinquish.

In the top of the seventh inning, pitcher Florence went to the mound with a two-run lead and finished strong as she shut out Belmont to end the game for her second win of the season.

Florence, who seemed to get better as the game went on, had good velocity that last inning, finishing the game with 11 strikeouts. She is now 2–0 with two complete game wins on the season and has 19 strikeouts in 10 innings pitched.

Hitting stars for the Bulldogs were Lafferty, who went 2–4; Wallace, who went 2–4 with three runs scored; Florence who scored three runs; and Rainey, who was on base four times with walks. 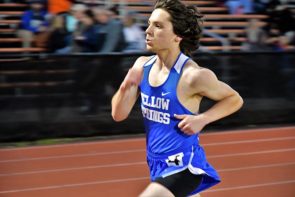 The YSHS Boys and Girls track teams returned to Shawnee High School for the second week in a row competing at the Seitz Memorial Track Invitational. Competing against a field that consisted mainly of Division I schools, the Bulldogs performed admirably. The girls team finished in sixth place out of 14 teams, while the boys garnered an eighth-place finish.

The girls were once again led by Annlyn Foster, who hurdled her way to two first-place finishes in the 100 and 300 hurdles.

Sophia Lawson duplicated her performance from last week by once again winning the pole vault.

Haneefah Jones had a season best of 4´6´´ in the high jump, which led to a third-place finish, and she also leapt to a sixth-place performance in the long jump.

Ninth graders Malaya Booth ran to a fourth-place in the 200 meters and sixth place in the 100 meters.

On the boy’s side, senior Teymour Fultz, running track for the first time, started off in brilliant fashion by running to a first-place finish in the 400 meters. He joined the team of Finn Bledsoe, Raven Campbell and Calum Siler in placing sixth in the 1,600-meter relay.

Fellow senior Raven Campbell covered the 800 meters with a fifth-place result, and senior Calum Siler complimented Fultz with a seventh-place run in the 400 meters. Rounding out the scoring for the Bulldogs was ninth-grader Yanne Gilley, who ascended to eighth place in the pole vault.

Boasting a combined total of 34 boys and girls who participated in the Shawnee meet, the Bulldogs are prepared to perform at a high level at the upcoming Waynesville Invitational on Friday, April 12.

The McKinney track team had warm weather Wednesday, April 3, when it traveled to Urbana to compete against such large schools as Urbana, Springfield City and Bellefontaine.

On Saturday, April 13, the McKinney Track Team will compete in Waynesville.