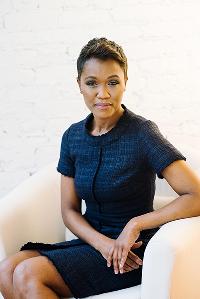 Shannon Isom, president and CEO of YWCA Dayton, has been selected as the 2019 commencement speaker at Antioch College.

Antioch College has announced that Shannon TL Isom, president and CEO of YWCA Dayton, will be the guest speaker at the school’s 2019 commencement ceremony, which will begin at 10 a.m. Saturday, June 22, on campus.

According to Antioch’s announcement, YWCA Dayton has played “a pivotal role in shaping the Dayton region,” and that Isom’s “priority is to carry the [organization’s] mission and to ensure it is both a catalyst and a disrupter for issues that affect women, especially those most acutely felt through the lens of intersectionality.”

Isom has a bachelor’s degree in pre-medicine/biology from Spelman College in Atlanta, Ga, and an MBA in healthcare administration from Northeastern D’Amore-McKim School of Business in Boston, Mass.

Through service on the YWCA USA Board of Directors andl as president of the Ohio Council of YWCAs, “her focus strives for both political advocacy, mission and collective voice within national, state and local platforms,” according to Antioch’s announcement. “Likewise, she lends her voice, time, and energy in the same vein to community through participation on innumerable boards, committees, task forces, and personal and professional mentoring,” it continues.

Commencement will take place in the tent on “The Horseshoe” at Livermore Street and Morgan Place. Seating begins at 9 a.m.; there is no limit to the number of guests.

In case of inclement weather, the ceremony will be held in the South Gym of the Wellness Center, where seating will be limited to graduates, four family members and/or guests with tickets, faculty and special guests. The remainder of attendees will be able to view a live stream of the ceremony from the McGregor Building, Room 113.