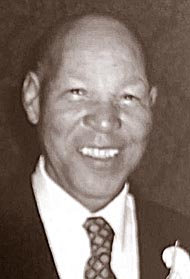 Carl was born on June 17, 1939, the son of the late Russell and Mabel (Williams) Douglas. Carl is survived by his beloved wife of 47 years, Olive (Haffenden) Douglas; son and daughter-in-law, Steven and Jennifer Douglas; daughters, Carla Douglas and Geraldine Taylor; grandchildren, Aaliyah and Eva Douglas; brother and sister-in-law, Robert and Reva Douglas, Sr.; and numerous nieces, nephews and friends. He was preceded in death by his son, Carl Douglas, and sister, Geraldine Adams.

Carl was a proud veteran and retired from the United States Navy. In addition to the Navy, he also retired from Sinclair Community College, where he was the Assistant to the Dean of the Automotive College. Carl was also a member of the VFW. He was a dedicated husband, loving father and grandfather, and loyal brother and uncle. He always put others first, and his family was his pride and joy.

A memorial service will be held on Saturday, June 22, 1 p.m., at Jackson Lytle and Lewis Funeral Home in Yellow Springs, with visitation from noon to 1 p.m. Inurnment will follow at Glen Forest Cemetery. Condolences may be expressed to Carl’s family at http://www.jacksonlytle.com.