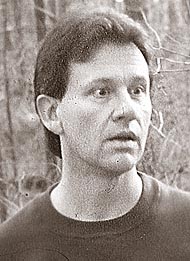 Gary Francis Reimers died at his home on Saturday, Sept. 21, 2019. He was 68. He was born June 10, 1951 in Youngstown, Ohio, but moved with his mother and grandmother to Los Angeles, Calif. when he was two years old. He found himself back in Ohio nearly 40 years later and never regretted it. In Los Angeles, he worked at the Kaiser Permanente Mental Health Center for 17 years as a psychiatric nurse. He volunteered to work in the locked unit with the most unpredictable patients and treated them with compassion and understanding. While at Kaiser, he met Kay McConville, who worked in hospital administration. Their wedding was attended by nearly the entire staff of the Mental Health Center. Following the birth of their two sons, John and Eric, the family moved back to Kay’s hometown of Yellow Springs in 1998.

Gary ushered at the First Presbyterian Church, acted in community theater, participated in a Shakespeare reading group and the Philosopher’s Roundtable at Antioch College. He was an avid reader, and the public library was his second home. He loved music and appreciated everything from opera to Cajun swing to the Rolling Stones.

He continued to work in the mental health field until he became disabled by a devastating spinal medical condition that brought crippling pain and decreased his mobility. For over ten years, he endured his medical problems with humor, resilience and great emotional strength.

Family was the center of his life, and he left behind a legacy of wonderful family stories to share with each other. He is survived by his wife of 28 years, Kay Reimers; his sons, Eric and John Reimers; and a daughter from an earlier marriage, Debbie Whitlow. He is also survived by his sister, Tammy Reimers, and her husband, Michael Woodson; his mother-in-law, Mildred McConville; and sisters-in-law, Jean (Steve) Payne and Lynn McConville (Leland Mayne).

A memorial service is planned for June at First Presbyterian Church. Details will be provided later.