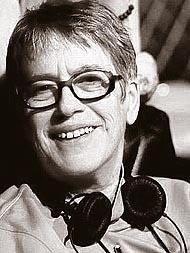 Wendy was born on Sept. 19, 1948, the third of four children, and grew up in Yellow Springs, where her father, Meredith Dallas, was a theater professor, a director and an actor at Antioch College. Her mother, Willa Dallas, was active in civil and gay rights. From early on, and until recen

For more than 35 years, Wendy worked in film production as an exacting script supervisor, where she acquired the nickname “Continuity Queen.” Wendy was script supervisor on “The Usual Suspects,” “The Horse Whisperer,” “Terminator 3,” “The Guardian,” “Gettysburg,” “Glee,” “ER,” NCIS,” “Damages,” “The Unit,” and on many other productions.

Wendy got her start in filmmaking in San Francisco working with director Marc Huestis, known as “The Impresario of Castro Street,” with whom she co-produced his documentary “Chuck Solomon: Coming of Age” and his underground cult classic “Whatever Happened to Susan Jane?” Writing about Wendy’s passing, Huestis wrote:

“A finer colleague and friend could not have been found. The definition of a strong woman, she was whip smart, with a droll, sharp wit (without ever being mean spirited), and was a deep, compassionate soul. She answered the call to arms during the early days of AIDS with a work ethic that was unmatched, and together we made one of the first movies about AIDS coming from the LGBT community. Touring the world together with it was one of the best experiences of my life. She was so goddamned fun in a very dark time. She was simply the best. I mourn for her partner in life Anne Block whose love for Wendy was abounding and inspiring. I used to joke with them that they would be the Del Martin and Phyllis Lyon of our generation. Alas, one of this legendary pair has left the planet. RIP, dear darling Wendy.”

Her niece, Paloma Dallas, described Wendy as, “The coolest aunt a girl could have asked for. She had an incredible, fabulous sense of style and brought laughter and fun with her — she created the party. An amazing cook.”

Following Wendy’s passing, LA filmmaker and Yellow Springs native Jennifer Sharp wrote on Facebook: “I came to Los Angeles alone 15 years ago. I cried the entire plane ride from NYC (I was leaving my boyfriend of 10 years) and arrived to a city where I knew only two people: Wendy Dallas and Anne Block. When I arrived, Wendy picked me up from the airport and opened her arms and said, ‘Welcome Home!”’ I hugged her and cried. We have since made many memories. I assistant directed her movie [“Licking Our Wounds”], and she was script supervisor on two of mine. … Thanks for inspiring me Wendy, for being my family, and I hope you are eating Katy’s Pies, singing Moon River, and finally at peace.”

During the last eight years of her life, Wendy was beset by a progressive dementia that necessitated her living the last four years at Silverado Beverly Place Memory Care Community. Anne, her wife and rock, tenderly and solicitously saw her through her last fading years, while her remarkable caregiver, Queenie Nerida, saw to her day-to-day (hour-by-hour, minute-by-minute) needs with a compassion and love that endures.