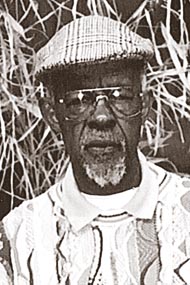 William Bratton Simpson passed away on Dec. 7, 2019, after an aggressive fight with cancer.

Bill was born on Aug. 26, 1933, to the late Dr. William E. and Lillian Bratton, and he grew up in Detroit, Mich. After graduating from Cass Tech High School in Detroit, he served in the United States Navy. He went on to study at Wayne State University and graduated from Wilberforce University and the University of Dayton with a degree in industrial engineering. Bill retired from General Motors, where he spent the majority of his career working as an industrial engineer.

He married Mary Gail in 1965. He was a loving and supportive husband and father. Together, he and Mary Gail raised two boys, William H. (Natombi) and Alston. Bill was a true family man who enjoyed coaching youth sports and taking family trips all over the country. He traveled to every state in the United States and visited several foreign countries. His family and friends will remember him for his love for his fraternity, Alpha Phi Alpha. HIs membership in the fraternity dates back to June 19, 1953.

Bill served on the Yellow Springs Village Council and the YS Federal Credit Union Board. He loved to read and had read all of the books on the Modern Library Board’s list.

He had one sister, Elaine, who preceded him in death. He is survived by his children; his grandchildren, William Calvert Simpson and Alexis Williams; beloved nieces and nephews, Lillian Johnson (William), Chuqitta Simpson, John Maddox and Tammy (Paul) Levine; and a host of other relatives.

A memorial service will be held on Saturday, Dec. 21, beginning at 1 p.m. at First Baptist Church in Yellow Springs. Arrangements entrusted to Porter-Qualls-Freeman Funeral Home.