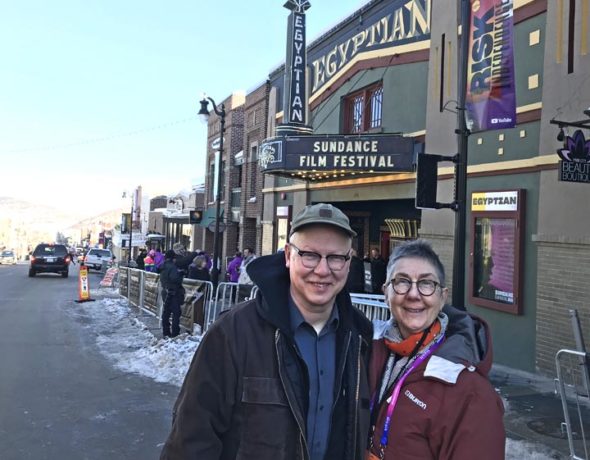 In late January 2019, villagers and filmmakers Steve Bognar and Julia Reichert brought their documentary, “American Factory,” to Sundance, and came home with the Directing Award for U.S. Documentary. Now, the duo is up for an Academy Award. (Submitted photo)

Local filmmakers to return to Oscars

“American Factory,” the documentary film by villagers and filmmakers Steve Bognar and Julia Reichert, has been nominated for the Academy Award for “Best Documentary Feature.” The documentary, which follows the lives of workers at the Fuyao Glass America automotive glass factory in Moraine, Ohio, was released last year by Netflix in partnership with Higher Ground, the production company of Barack and Michelle Obama.

After the nomination announcement came down from the Academy, former President Obama tweeted:

Glad to see American Factory’s Oscar nod for Best Documentary. It’s the kind of story we don’t see often enough and it’s exactly what Michelle and I hope to achieve with Higher Ground. Congrats to the incredible filmmakers and entire team!

Bognar and Reichert were previously nominated for an Academy Award in the category of “Best Documentary Short” for their 2009 HBO film “The Last Truck” about the closing of the General Motors plant in Moraine — the same facility out of which Fuyao Glass America now operates.