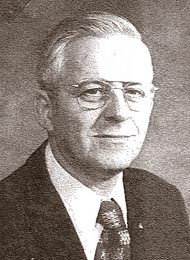 Jack was a member of the Wilmington United Methodist Church; Wilmington Lodge 52 F&AM, where he was past Master, Wilmington Chapter; Wilmington Council, Wilmington Commandery; and past Worthy Patron of New Vienna O.E.S. He started the French fry booth for the Masonic Lodge at the Corn Festival. He retired in 2013 from the Wilmington City Transit at the age of 90. He was a volunteer at the Wilmington UMC, serving Lenten Lunches and assisting at the Mother/Daughter Banquets. He was a private pilot, building five planes as well, and an inspector of small private aircraft.

Growing up, Jack rode his horse to school and then sent him home alone to return to the barn. He had a great love of animals.  He was a natural-born engineer and had the ability to understand how machines and systems worked. He performed carpentry, remodeling every home in which the family lived. Jack loved playing with his grandchildren. He was fun-loving, always singing and yodeling while he worked.

Jack retired from Rickenbacker Ohio National Guard in 1982. He flew 30 missions from England to Germany during WW II in the Army Air Corps.

He was preceded in death by his parents, wife and daughter, Linda S. Price.

Memorial contributions may be made in Jack’s memory to Wilmington Lodge F&A.M.

Arrangements were entrusted to Reynolds-Smith Funeral in Wilmington. For more information or to sign the registry book of condolences, visit http://www.smithandsonfuneralhomes.com.