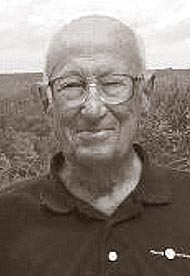 Paul James Smith slipped away peacefully during his sleep on the morning of March 3, 2020. He had recently spent his 92nd birthday at home sharing a wonderful meal surrounded by his family, whom he loved so dearly.

The family would also like to acknowledge and give special thanks to Renee Crossman, his great niece for her diligent care, helping “Dad” be comfortable during his final days.

Paul married Patricia A. Brown on June 26, 1954, and shortly after the birth of their first child, bought a home in Beavercreek, Ohio, where he lived until his passing. Paul was a life insurance agent for Western and Southern Life until he and his wife retired in 1990. In his earlier years, Paul enlisted in the Marine Corp shortly after his 18th birthday, in March of 1946, and served his country during the end of WWII as a “China Marine” and continued serving in the Marine Corp Reserves until early 1955.

Spending time with him, sharing a good meal, finding that special gem of an antique, catching the largest fish or watching the “firework” show of flowers (especially the daffodils) in his yard throughout the seasons are all parts of his legacy. The gifts he leaves are his kindness, acceptance and, most of all, the love he had for his family and friends.

Dad, Grandpa, Uncle, Friend — go in peace without any more pain, and suffering, knowing you will always be a part of us. You left us with love in our hearts.

Family and friends will be invited to Paul’s celebration of life event once we all are able to gather again.