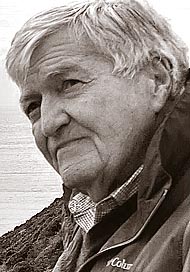 He was preceded in death by his wife of 50 years, Brenda Petrey Lewis, and his parents, Reavis “Red” and Claris Lewis.

Ron always said he was fortunate to grow up in Yellow Springs surrounded by friends that he maintained regular contact with until his death, including his good friend, Melva Knemeyer. He attended elementary school at the Union Schoolhouse on Dayton Street, Mills Lawn and Bryan High School, and graduated from the “new” Yellow Springs High School in 1964. He lived his entire life in Greene County, with the exception of short stints as a cowboy in Mexico and Casper, Wyo.

Ron began working in the family business, R.H. Lewis Excavating, at age 13 with his father and brother, and retired in 2007. Through the business he helped build the Gaunt Park pool, placed the large boulder by the main entrance of Glen Helen, built the Bryan Center amphitheater and worked on local bike paths, in addition to other projects around the village and Greene County too numerous to mention.

Ron was a member of Faith Community United Methodist Church since 1975, where he taught Sunday school for years with his wife, Brenda. He was also a member of Yellow Springs Masonic Lodge #421, the Tecumseh Land Trust, was a long time 4-H advisor, was on Farm Council, acted as his daughter’s Girl Scout Troop leader and coached T-ball and Little League baseball. For decades, he played Santa Claus for countless organizations and youth in the community.

Even though he was fortunate enough to travel the world, most recently to Ireland and Cuba, and to 48 of the 50 states with his children, he was happiest spending time on his farm with his family. Every summer on the farm, he enjoyed canning with his wife, kids and grandchildren. He had two hobbies: work and family.

Ron will be remembered affectionately by his family, who referred to him as “Papaw Chicken.” We will miss his laughter, the stories of his wild adventures, his warm, loving presence and how he welcomed anyone he met like family. Friends will remember him by his loud laugh and large personality, which filled the room. He always said, “Life is an adventure — don’t waste it.”

In lieu of flowers, donations can be made to Glen Helen Nature Preserve, 405 Corry St., Yellow Springs, Ohio 45387. A graveside burial will take place at Glen Forest Cemetery with a celebration of life to be scheduled in the future.

One Response to “Ronald Lee Lewis”