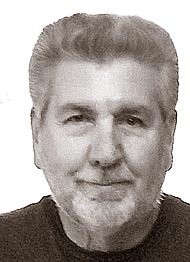 He was born on Oct. 2, 1948, in Dayton, the son of the late Chester R. and Rosemary (Johnson) Cooper. Chester served his country in the U.S. Army, and was employed alongside his wife as the co-owners and operators of Cooper Security Systems. He was a member of the Indian Lake Moose, was an avid motor enthusiast and enjoyed music, especially the Beatles. Chester always lived life to the fullest and spent most of his later years at Indian Lake socializing with his close friends.

In addition to his parents, Chester was preceded in death by his brother, Robert “Butch” Cooper. He is survived by the love of his life for 49 years, Judy; and daughter, Brandee (Josh) Naff; sister, Sharon Riddle (Jack Taylor), as well as extended family and friends.

A funeral visitation was held on Monday, June 1, from 6 to 8 p.m. at the Belton-Stroup Funeral Home. A funeral service was held on Tuesday, June 2, at 1 p.m., with Pastor H. Wesley Barnhill officiating; burial with military honors followed at the Byron Cemetery. The family welcomes anyone who would like to pay their respects however they feel is safe.