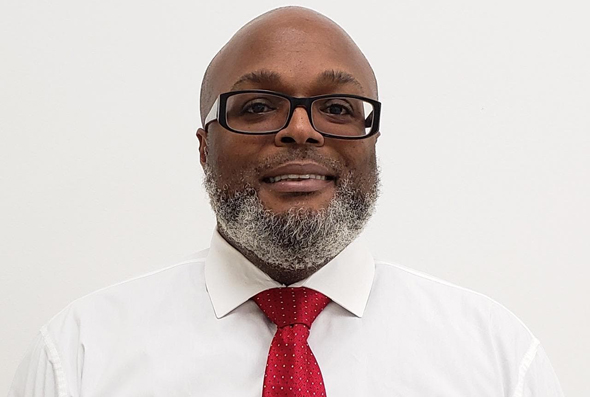 The News rounds out its candidate spotlights this week with a brief profile of Democratic state senatorial candidate Charles Ballard.

“We need to create a blue wave,” he says in a campaign video posted on his Facebook page.

In a recent phone interview with the News, Ballard acknowledged that Democratic candidates face an uphill battle in this solidly red district that in 2016 voted for State Sen. Bob Hackett, a London Republican, by a margin of 65% to 35%. (In that earlier race, Yellow Springs Democrat Matthew Kirk went up against Hackett.)

But District 10 Democrats have to try, Ballard added.

“It’s going to take more than one election cycle — the groundwork has to be laid,” he said.

Ballard is up against incumbent Hackett, who is seeking his second elected term as state senator after having been appointed to the Ohio Senate in early 2016 to fill a vacancy. Both candidates were unopposed in their respective 2020 primaries. Hackett previously served four terms in the Ohio House, and prior to that served two terms as a Madison County Commissioner. He is a lifelong resident of the district.

A native of Richmond, Va., Ballard has lived in Greene County for about five years. He is retired from 21 years of service in the U.S. Air Force and previously worked as a government contractor for Wright-Patterson Air Force Base, according to his campaign biography. He and his wife now own a sign business in Beavercreek. This is his first run for political office.

Speaking of signs — you won’t see Ballard yard signs around the area. Ballard said he’s opted for radio ads and a social media presence as a way to speak more directly to people. His Facebook page even provides his phone number. Asked about other aspects of his campaign strategy, he laughed and said, “I show up to anything I’m invited to.”

But if his campaign has a homegrown feel, Ballard is running on a raft of pressing issues. His foremost priority is “getting people to survive COVID,” he said. That means shoring up the Affordable Care Act, protecting jobs, ensuring that area children don’t suffer “drop-offs in education” due to pandemic-related disruptions and other steps. And it includes blocking GOP efforts to minimize the pandemic, he said.

“Republicans are trying to impeach the governor for saving Ohioans — it boggles my mind,” he said, referring to a failed effort by an Ohio representative about a month ago to impeach Gov. DeWine for his handling of the pandemic.

Beyond COVID-19, Ballard highlighted issues spanning public education, climate change and renewable energy, job creation and the economy, bail and police reform, abortion rights and the opiate crisis, among others.

Regarding police reform, he said he doesn’t believe in “defunding” police, but supports measures such as funding bodycams, adding social workers to police departments, increasing educational requirements for officers — he envisions having mandatory associate degrees and, eventually, bachelor’s degrees — and creating a federal registry for “bad cops.”

On the issue of job creation, Ballard said lawmakers’ focus needs to be on “bringing industries here — not just jobs.” Beyond the usual approach of tax abatements for companies, that means investing in broadband, improving educational equity and access and community planning with a longer time horizon, according to Ballard.

His approach to improving K–12 education calls for smaller class sizes, higher academic standards that rival those he witnessed in Europe while in the Air Force, holding charter schools to the same standards as public schools and — wait for it — year-round schooling.

“That one got me in trouble at Xenia High School,” he acknowledged, referring to a recent appearance at the high school during which students pushed back on the idea of 12-month school.

But Ballard believes the U.S. has a long way to catch up with other nations, and educational continuity is one way to close the gap.

“Right now, we’re behind. Our kids — their competition is Germany,” he said.

Ballard acknowledged that Ohio faces “a lot of tough decisions” in the coming couple of years, given pandemic-related effects that ripple across all aspects of life.

“But we still have to chart a path forward,” he said. “We have to have a plan.”

Members of the Ohio Senate serve four-year terms, and are limited by law to two terms. The position pays $60,584.

At the end of Ballard’s campaign video he offers this message: “We have protested, we have marched, now let’s vote.” Local voters have just days left to take that advice.