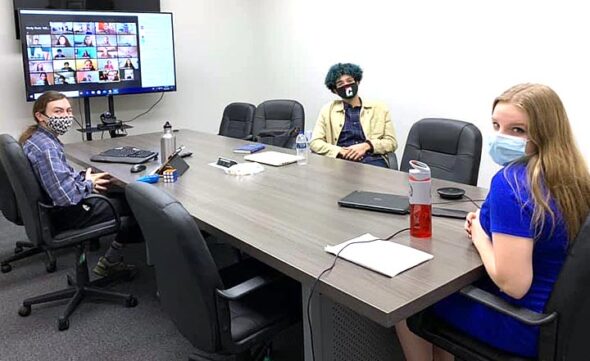 Galen Sieck received first place in the category of Lincoln-Douglas Debate on the topic of compulsory voting at a virtual tournament in Missouri, and was a finalist in an online competition in Indiana last weekend.

The students were coached by Brian Housh, who managed the contestants at two different online competitions in two different states at the same time.

Pictured, clockwise from right, are Horton, Underwood and Espinosa, masked and physically distanced, with other virtual contestants displayed on screen.