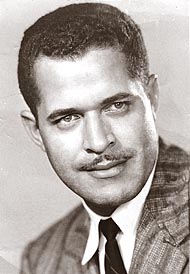 Wilbur Lucien Brown went home to be with the Lord on Tuesday, Dec. 8, 2020.  He was born on July 19, 1929, in Paulding, Ohio, to Dorothy (Stewart) and Wilbur Mitchell Lewis Brown.  He was preceded in death by his parents and his siblings, Shirley Ann Brown, Gloria Dean Clark and Raymond Roger Brown. He was a dedicated family man and leaves to cherish his memory, his wife of 62 years, Donna (Simpson) Brown; his daughters, Rhonda Brown (Stephen O’Dowd) and Sheri Brown Thomas (R. Duncan Thomas); five grandchildren, Caitlin, Fallon, Christopher, Liam and Roisin; sisters, Alma Whetsel and Elaine Brown; sister-in-law, Sara Brown; and many nieces, nephews and friends.

Wilbur graduated from Kenton High School in Kenton, Ohio, in 1947.  He served in the United States Army during the Korean War as a physical trainer and swim instructor at Fort Knox, Ky., and in Japan as infantry and a military policeman. He graduated from Central State University in Wilberforce, Ohio, in 1958 with a B.S. in business administration and a major in accounting. He subsequently completed courses to become an accredited teacher. He was a tri-varsity athlete in football, track and diving there as well.  He was a member of the Omega Psi Phi Fraternity and belonged to the Men’s Group and Investment Clubs of Yellow Springs, and was also a Mason.  He was employed by the Air Force Auditor General in California, the Internal Revenue Service in Cincinnati, and retired in 1990 as a contract price analyst from Wright-Patterson Air Force Base in Dayton, Ohio, with 32 years of government service. Following his retirement, he was a substitute teacher, basketball coach of seventh- and eighth-grade girls and a mentor to children in Yellow Springs Schools.

Wilbur was a devoted member of First Baptist Church in Yellow Springs, where he sang in both the senior and male choirs. He was a trustee, serving as chairman, vice-chairman and secretary of the board for many years.  He was also a devoted “Jack of All Trades” at the church.  He loved his church, served there for more than 50 years, and said he preferred working in the background with and for God. Wilbur will be deeply missed by all who knew and loved him.

A walk-through visitation was held on Wednesday,  Dec. 16,  at First Baptist Church in Yellow Springs, Ohio. A graveside service will be on Thursday, Dec. 17 at noon at Grove Cemetery in Kenton, Ohio. A memorial service will be held in 2021, COVID permitting.

Arrangements are in the care of Jackson Lytle & Lewis Funeral Home, Yellow Springs. Condolences may be expressed to his family by visiting http://www.jacksonlytle.com.