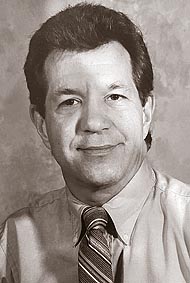 Lance attended Beavercreek High School where he played football. He was a member of Phi Kappa Sigma fraternity and president of the fraternity council at OU. He received his Master of Education degree from the University of Dayton and was the recipient of a full ride scholarship. Lance taught biology at Yellow Springs High School for 25 years. He was also an advisor and football coach. Lance loved to cook and was famous for his bread, marinara sauce, meat marinades and pig roast. He loved his community, his friends and raising his wonderful children alongside his loving wife in Yellow Springs.

Memorial contributions may be made to the Community Foundation Education or Hospice of Dayton in Lance’s honor. Arrangements are in the care of Jackson Lytle and Lewis Funeral Home, Yellow Springs. Condolences may be expressed to the family by visiting http://www.jacksonlytle.com.