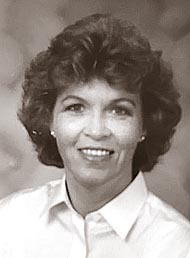 Phyllis E. (See) Arthur passed away peacefully on Thursday, April 29, 2021, after a long battle with cancer. She was 75.

Phyllis was born in Springfield on Sept. 17, 1945, the daughter of Harold and Anna Pauline (Kreis) See. She grew up in Yellow Springs and was a 1963 graduate of Yellow Springs High School. Attending school with actor John Lithgow was her “claim to fame.”

Phyllis started playing golf in 1991 and became obsessed with the entire game. She was an avid reader and liked to travel, especially to Europe with her beloved husband.

A private service will be held at Conroy Funeral Home with burial to follow in Ferncliff Cemetery. Memorial donations may be made to the American Cancer Society.