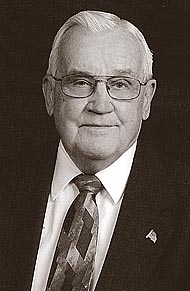 James Gerard Alexander, 90, of Yellow Springs, Ohio, passed in peace on Nov. 16, 2021. Jim was born in Yellow Springs on April 7, 1931, as one of nine children to Charles and Beatrice Alexander. Jim served in the U.S. Army during the Korean War as a sergeant, and after receiving an honorable discharge, he worked at Morris Bean & Company for 27 years. After leaving Morris Bean, Jim became self-employed as a general contractor and owner of rental properties.

Jim was a strong, kind and loving leader of his family. He was the “rock,” always there to lend support, advice and love with a kind smile and a hug. He and his wife, Virginia, loved to travel and take their grandchildren on trips around the country in their RV. Jim was happiest when he was surrounded by loved ones. He hosted many reunions, holiday gatherings and pool parties for his large extended family.

As a lifelong resident of Yellow Springs, Jim built many relationships in the village and was regarded as a mentor and pillar of the community. He was hardworking, generous and fiercely loyal. As a devout Catholic, Jim dedicated many years of his life in service to his faith and membership in St. Paul Catholic Church. 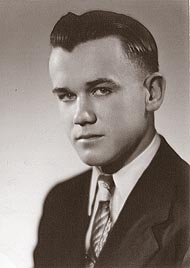