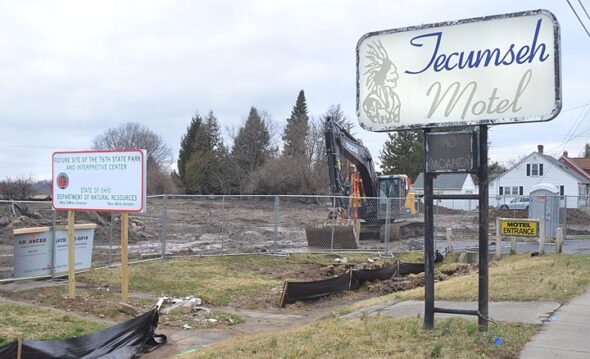 Over the last few weeks, the demolition of the Tecumseh Motel on U.S. in Oldtown has been clearing the way for Ohio's 76th state park. (Photo by Matt Minde)

A new Ohio state park is one step closer to realization.

The demolition over the last few weeks of the Tecumseh Motel on U.S. 68 in Oldtown clears the way for the transformation of the half-acre property into a state park.

The park, Ohio’s 76th, will aim to to preserve and highlight Oldtown, the site of one of the largest-known Shawnee settlements in Ohio, often cited by historians as the birthplace of Tecumseh. 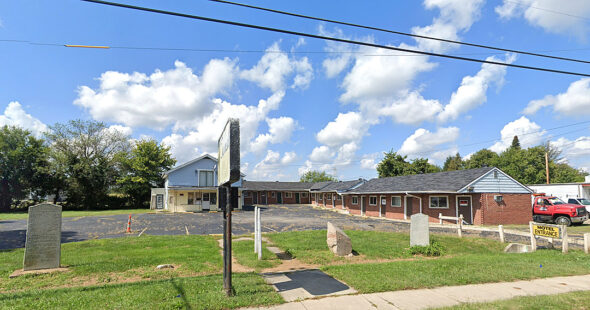 According to a press release from the Ohio Department of Natural Resources, the future park will feature an interpretive center with an architectural design based on the traditional council house form historically used by the Shawnee tribes. The interpretive center is expected to be two stories with a finished basement. Including the basement, the facility will have approximately 12,000 square feet of floor space when complete.

ODNR is still in the process of determining what kind of exhibits will be displayed. Still, the two-story building will include a theater space, gallery, gift shop, and an interpretive story loop showcasing the pioneer history of Oldtown and the Shawnee tribes.

Bidding for the construction of the interpretive center is ongoing. Construction is planned to begin in summer 2022, and the facility is expected to open by summer 2023.