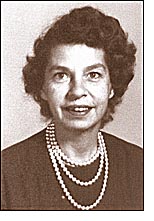 Alice M. Casenhiser passed away Sunday, Dec. 14, in Centerville, Ohio. She was 90.

She was preceded in death by her husband, C. M. Casenhiser; sister, Helen; and daughter, Cay Casenhiser.

She is survived by her son and daughter-in-law, David and Wilma Casenhiser of Yellow Springs; daughter and son-in-law, Debbie and Jerry Claggett of Centerville; grandchildren, Caleb and his wife, Kim, Jessie and her husband, Jared Mills, Vladimir and his wife, Lindsay, Eli Cheney, and Asa Casenhiser, four great-grandchildren; brother and sister-in-law, Bill and Marylin; and numerous nieces and nephews.

A memorial service is planned for a later date to be announced. In lieu of flowers contributions may be made to the Alzheimers Association, Hospice of Dayton or a charity of choice.