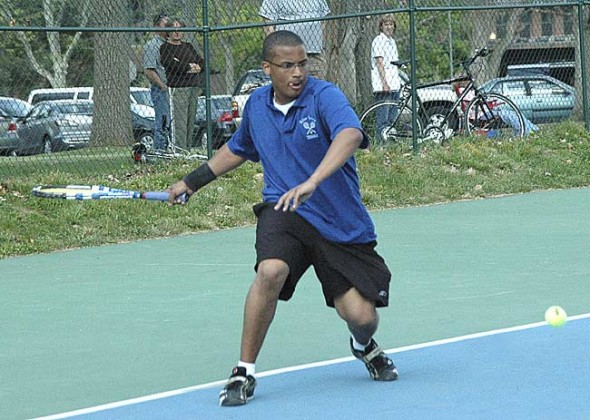 At No. 1 singles Addison Pettiford defeated Xenia’s Jason Holloway by playing his “match of the season,” according to Bulldog coach Donna Silvert.

After winning the first set, Pettiford struggled in the second, falling behind 0-3. Pettiford collected himself and came back to win the next four games to take the lead.

The effort wasn’t enough as the resilient Holloway didn’t give up and fought back to win the set 7-5.

Pettiford took the final set 9-7 in a tiebreaker by badgering Holloway at the net.  The junior’s solid play helped the Bulldogs earn their first victory of the season.