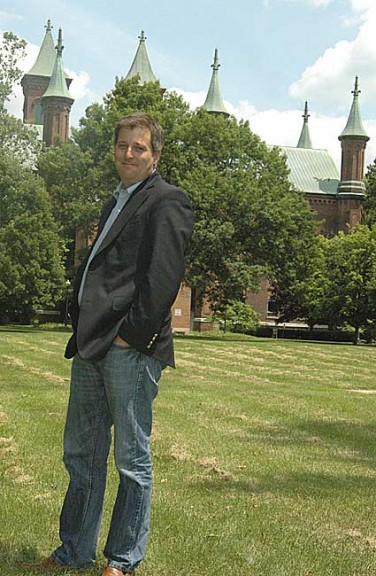 Even with no students, the newly revived Antioch College has found its way to the list of America’s Top Non-Traditional Colleges, published by the Huffington Post Web site on May 20.

“We were pleasantly surprised to be included in the Huffington Post feature,” Antioch College Interim President Matthew Derr said on Friday. “It feels good to be recognized for what we value most — fine academics, valuable cooperative work experience and community — all things that will return when Antioch College reopens in the fall of 2011.”

Besides Antioch, eight colleges made the list, including Brown University in Rhode Island, Bennington College in Vermont, the New College in Florida, Hampshire College in Massachusetts, the New School of Social Research of New York City, St. John’s in New Mexico, Wesleyan in Connecticut and Sarah Lawrence in New York. Antioch College was the ninth and last on the list, with an honorable mention.

(The Web site on May 21 added three more colleges that garnered substantial write-in votes, which were the College of the Atlantic in Maine, Naropa University in Colorado and Evergreen College in Washington.)

“When it was up and running, Antioch provided students with a smorgasbord of interdisciplinary majors founded on the basis of the school’s “Three C’s”: classroom, co-op and community,” according to the Huffington Post Web site.

Antioch College has been a “pioneering and values-driven secular institution since it was founded in 1852,” according to a college press release, and was among the first nonsectarian colleges, along with the first co-ed college to offer the same educational opportunities to both men and women. It was also among the first to open its doors to African-American students. In the 20th century, the college “redefined liberal arts education” by initiating its landmark co-op work program, created by then-President Arthur Morgan, the press release stated.

Closed by Antioch University in 2008 due to financial exigency, the college was transferred to an alumni group and re-opened in September 2009 as an independent liberal arts college. It expects its first class of students in the fall of 2011.