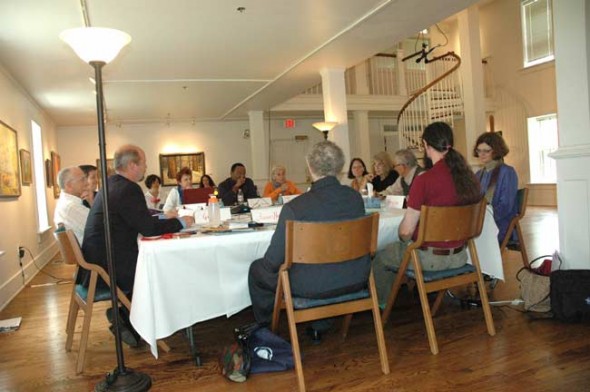 The Antioch College board met this weekend in Yellow Springs, its first meeting in the village since the college achieved independence in September.

College board meets in village

The board of the newly independent Antioch College held a three-day meeting in Yellow Springs, from Friday, May 21, to Sunday, May 23, at the Herndon Gallery of South Hall. Much of the meeting was in open session, while parts were closed to the public. The open sessions were streamed live. This was the board’s second meeting since the college gained its independence in September 2009, and the first held in Yellow Springs.

During the Friday session, the board discussed issues of diversity regarding the college, which will open in the fall of 2011. The second day the board heard a “State of the College” talk by Interim President Matthew Derr, and also engaged in  discussions on proposed curriculum, fund-raising, facilities, the presidential search and progress toward accreditation.

For a more detailed story, see the May 27 print edition of the News.