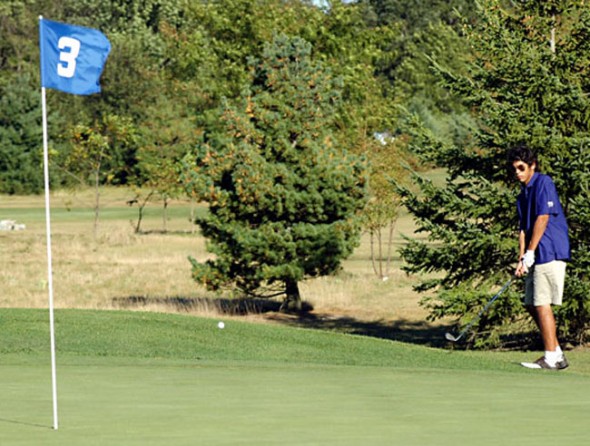 Zeb Reichert chips onto the green at the third hole at Wednesday's match against Bethel at the Locust Hills Golf Course in Springfield. (Photo by Megan Bachman)

Golf team gets into the swing

On Wednesday the Yellow Springs High School golf team hosted Bethel at Locust Hills golf course in Springfield. The team drove, chipped and putted their way through the course on a beautiful early fall day, ultimately losing the match by a score of 172-211.

Leading scoring for Yellow Springs was Carl Wiener, who last year qualified for the Division III District tournament, at a score of 42, followed by Zeb Reichert at 51, Rachele Orme at 50 and Zoey McKinley and Taylor Beck, who both shot a 68.

So far the Bulldogs have won one match, with five remaining in the season.

First-time golfer Taylor Beck sees her game improving, despite the challenges of the sport.

“From the beginning until the end of year I’ve improved a lot,” Beck said. “It’s really frustrating but it’s fun to be out here with all my friends.”

View photos of the team below and see the Sept. 16 edition of the YS News for a full story on the golf team. 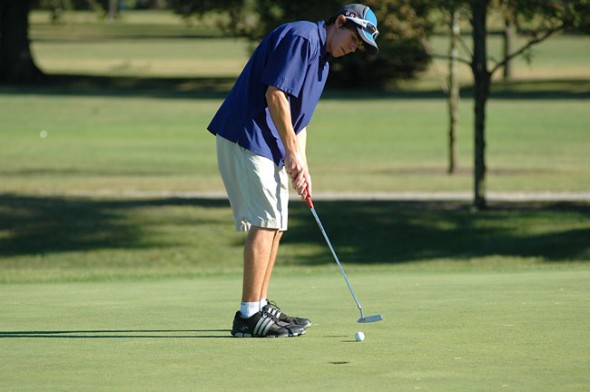 Carl Wiener knocks in his putt after a short chip put him within a few feet. 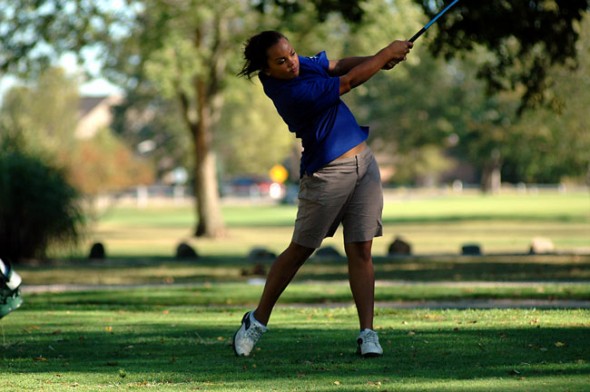 Rachele Orme drives a ball down the fairway on the first hole. 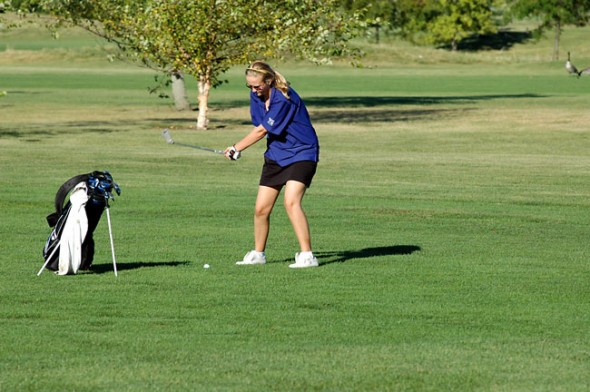 Zoe McKinley uses an iron from the fairway to put the ball near the green. 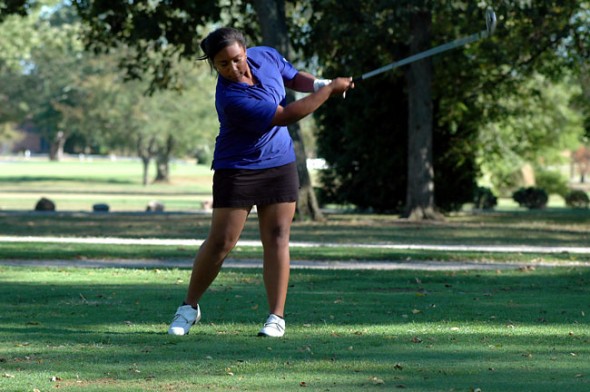 Taylor Beck drives through the ball on the first tee.