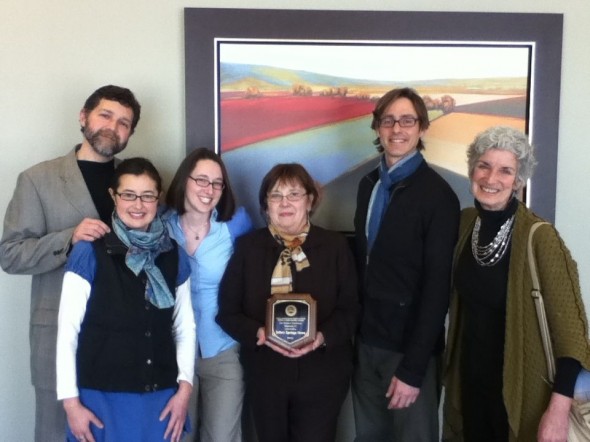 At the annual convention of the Ohio Newspaper Association the Yellow Springs News won awards in 10 categories, including for general excellence — the top prize among all weekly papers in its circulation category.

The News took first place in features, original columns,special supplement and Web site, second in editorial and in-depth reporting and third for news coverage and photography.

The awards were given on Thursday at the Ohio Newspaper Association’s annual convention in Columbus as part of the Osman C. Hooper Newspaper Show. This year 61 weeklies competed by circulation category. Yellow Springs was among 16 papers in Division D with circulation between 1,098 and 2,885.

Second Place – Editorial, for “Be proactive with diversity” by Diane Chiddister

Third Place – Photography, for “Jump for Joy” by Megan Bachman

Thanks to our subscribers, readers and advertisers for making the News one of the top weekly papers in the state.