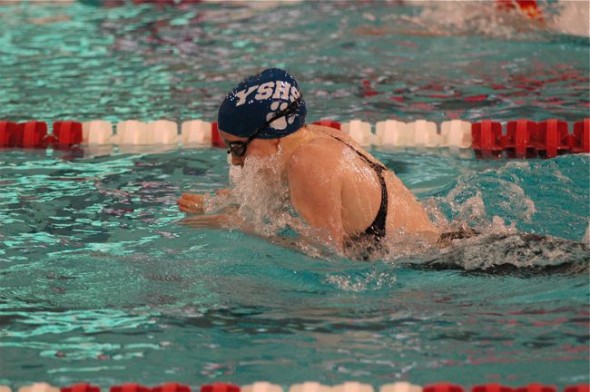 Elizabeth Malone, swimming the breast stroke as part of the 200-yard individual medley, qualified for the state finals in two events. (Photo by Megan Bachman)

Photos and video by Megan Bachman

Bulldog swimmers Erika Chick and Elizabeth Malone were dominant at the Division II Southwest Ohio District Tournament on Saturday, clinching three district titles among them and each securing their spot in next weekend’s state finals. It will be the third trip to the state tournament for the Yellow Springs juniors.

Chick and Malone joined freshman swimmers Zoey McKinley and Rachel Meyer in the 200-yard medley relay at districts. They finished in 2:07.10.

See the Feb. 24 issue of the Yellow Springs News for the full story and more photos. 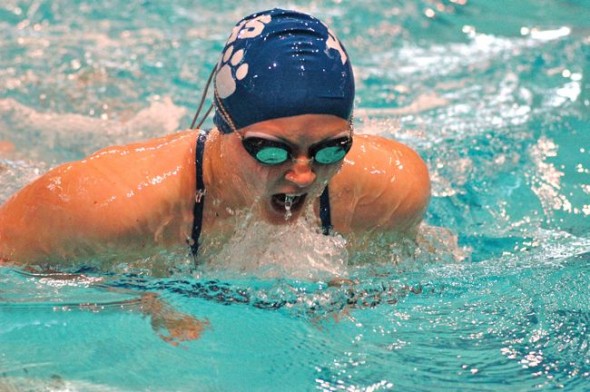 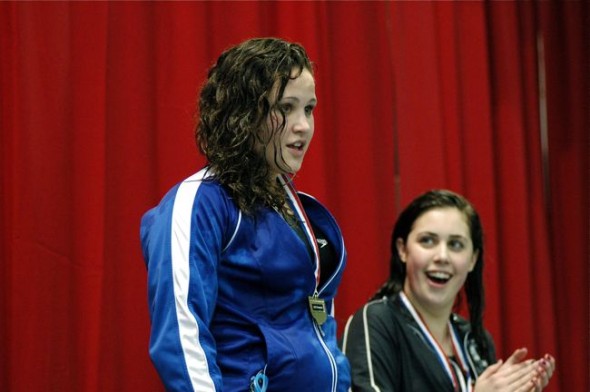 Erika Chick stood at the peak of the podium with a first place swim in the 200-yard freestyle. 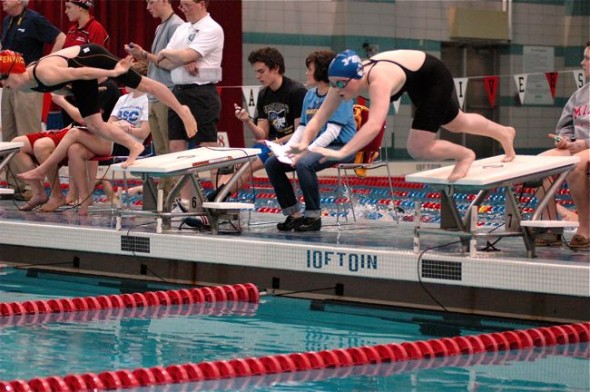 Elizabeth Malone dives from the platform at the start of the 200-yard individual medley. 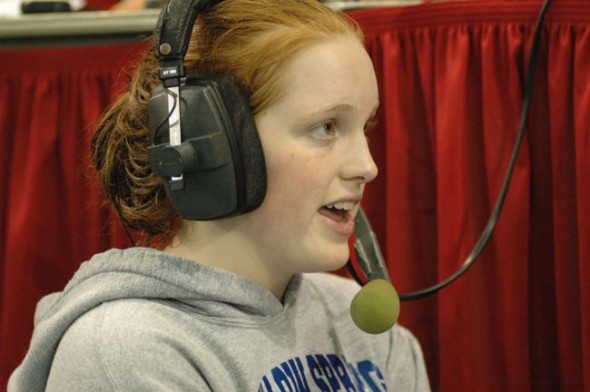 Malone was interviewed after clinching the district title in the 100-yard butterfly. 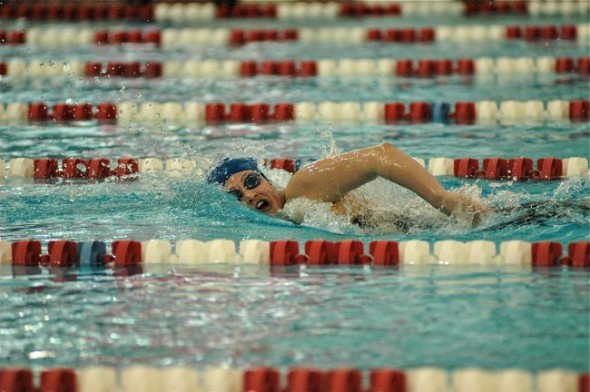 Chick set a district meet record with her 5:01.21 finish in the 500-yard freestyle 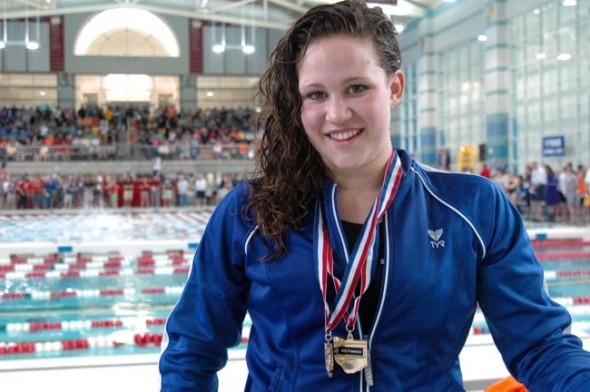 Chick wore her metals proudly at the conclusion of the tournament, held at Miami University.