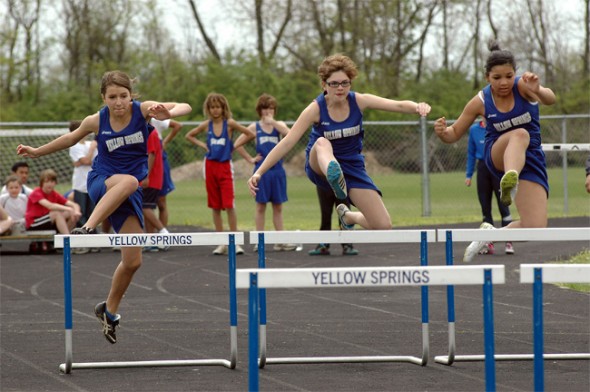 From left, Ashlyn Burch, Rhona Marion and Ashley Longshaw leapt over hurdles in the 100-meter race, which Marion won in 19.45 seconds.

On Saturday the McKinney Track and Field team competed in an intramural meet to crown a McKinney boys and girls champion. Rhona Marion won the girls category with a new school record of 191 points, a single point more than the old school record held by Kennedy Harshaw. In the boys competition Kaner Butler won with 193 points, runner up was Ed Johnson with 192 points. The coaches and parent category was won by Coach Isabelle Dierauer with 241 points. Zane Pergram tied the school record in the pole vault with a jump of 7-6.

The McKinney championship was introduced several years ago by middle school coach Peter Dierauer, a former decathlonist. Every competitor competes in a sprint (100m dash or 100m/110m hurdles), a jump (high jump, pole vault or long jump) a throw (shot put or discus) and a middle distance run (800m or 1600m).

The McKinney Track and Field team hosts the Bulldog Invitational on Thursday at 5 p.m. 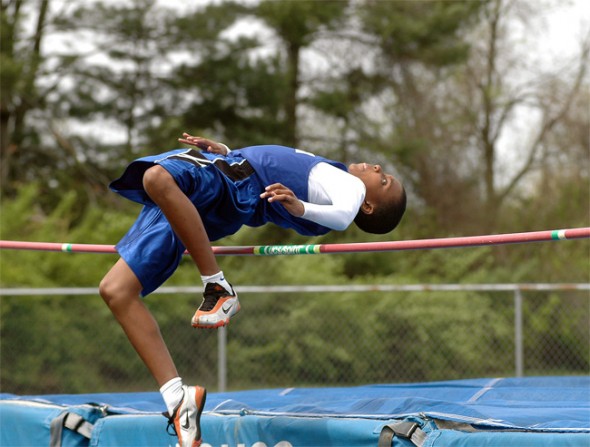 Kaner Butler won the high jump and the boys championship. 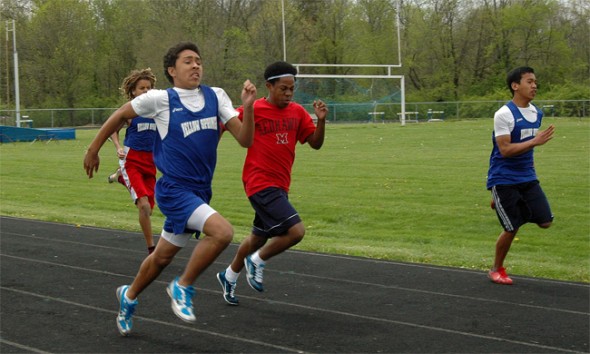 Edward Johnson charged out to the front of the pack in the 100-meter dash, with (from left) Oluka Okia, Bryce White and Matt Conner behind. 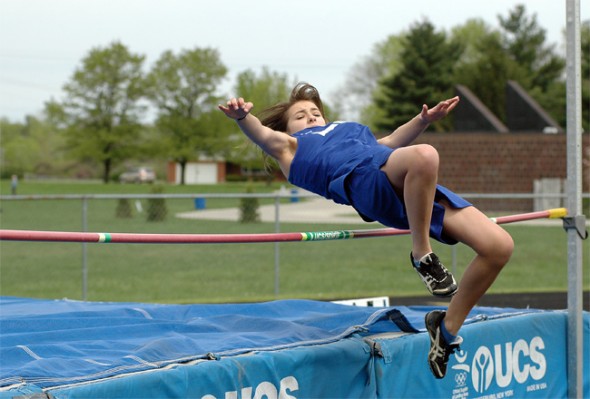 Ashlyn Burch arched over the pole in the girls high jump competition.