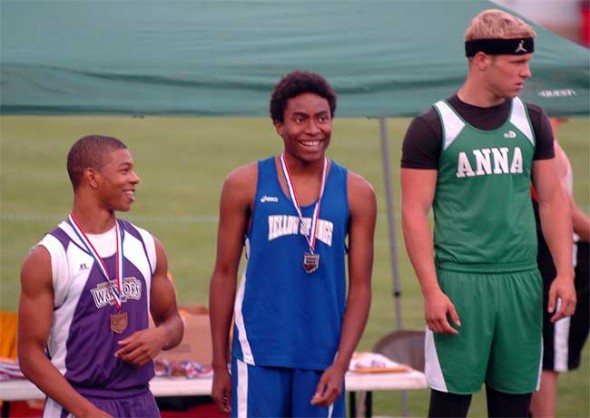 Mario Cosey took second in the 100-meter dash at the regional tournament in Troy on Wednesday. He'll run at states next weekend. (Photo by Megan Bachman)

Photos and Video by Megan Bachman

Mario Cosey took second  in the 100-meter dash at regionals on Friday to solidify his place at next week’s state tournament. Cosey finished in a fast 11.17 seconds and will compete at the state level for the second year in a row. Last year he placed fifth at states.

Other Bulldogs ended their season in the regional finals, held in Troy. Angela Allen came in seventh place in the discus, while Antone Truss cleared 6’1” in the high jump. Lois Miller ran the 3200-meter at regionals.

See the June 2 edition of the YS News for the full story. 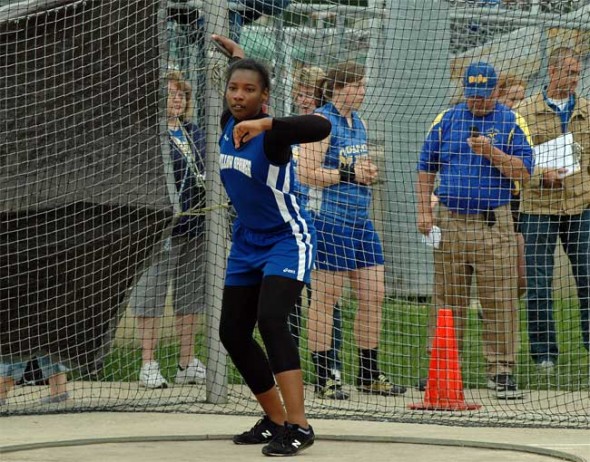 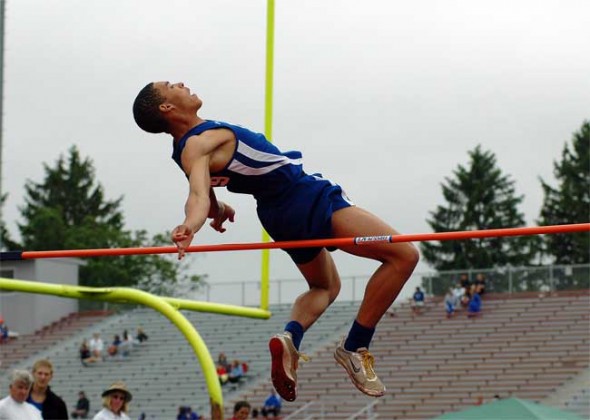 Antone Truss attempts to clear 6'2'' feet in the high jump. 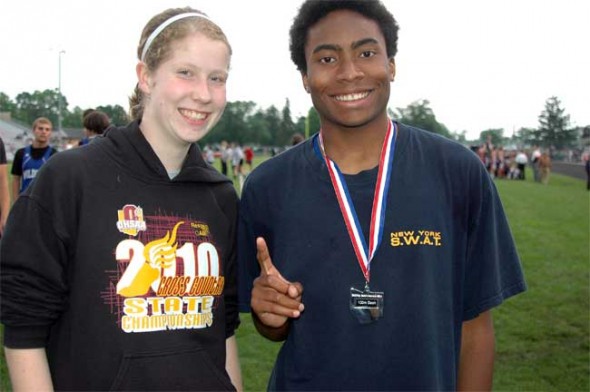 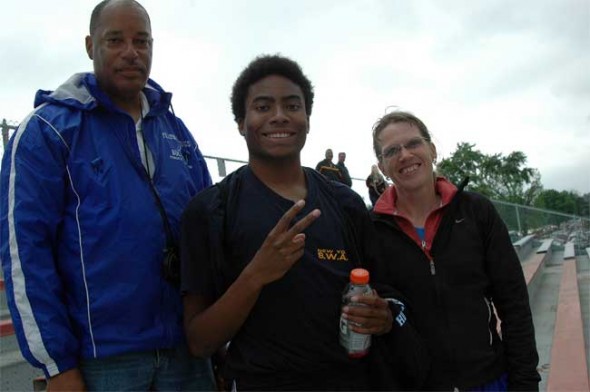 Cosey with his proud coaches, John Gudgel and Isabelle Dierauer.