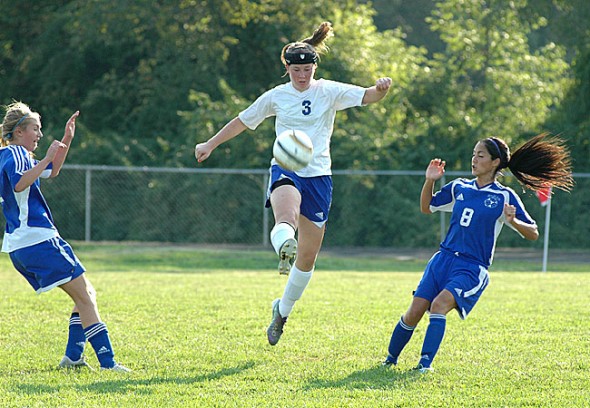 The Bulldogs went up early (11 minutes into the match) when Brianna Ayers drove down the last third of the field one-on-one with the defender and put a perfect touch on the ball to beat the Middletown Christian goalie. The Bulldogs continued to pressure the Middletown goalkeeper on breakaways but gave up the equalizer on a penalty kick. The controversial penalty was awarded after a hard tackle by Ali Solomon in front of the goal.

The score remained at 2–1 for the second half as Kara Edwards, Brianna Ayers, and Tina Arporn continued to pressure the keeper. Paloma Wiggins came to close to equalizing with a free kick in the 58th minute and with 5 seconds left to go in the game Keturah Fulton put a beautiful free kick on the far post where Lucy Callahan put her head on it and directed it to goal. A goal line save kept the score at 2–1 Middletown.

The Lady Bulldogs travel to Middletown for a rematch on Monday, September 20 at 5 p.m.