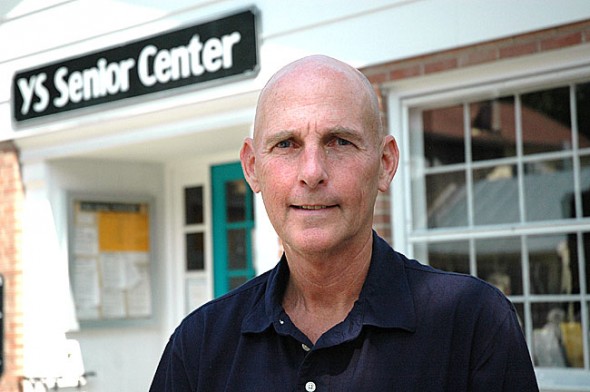 Senior Center leaders invite the community to an open house this Sunday, Sept. 24, from 2–4 p.m., to look closely at the facility and consider future options. Center leaders, including Director David Scott, shown above, has stated that the center has outgrown its facility.

The community is invited to attend an open house at the Yellow Springs Senior Center this Sunday, Sept. 25, from 2–4 p.m. at the center on Xenia Avenue.

The purpose of the open house is for the public to have an opportunity to look closely at the present facility, which center leaders have stated is too small for its full range of activities and programs. At the open house, visitors may take a tour of the center and also consider future plans and possibilities.

In August the center in a public meeting presented consultants from Lifespan Design Studio, who specialize in senior centers and had been hired to create an initial vision for the Yellow Springs center. The vision was the result of about 40 interviews with local seniors and other community members, according to consultants Doug and Ellen Gallow. The couple recommended that the center needed to expand into a facility of about 10,000 square feet, estimated to cost about $2.5 million if the building were new, but less if it were a rehab of an existing building.

The Gallows emphasized that while the aging of Baby Boomers is presenting a challenge to the whole country, Yellow Springs is aging even more, and about half of the population is anticipated to be 55 or older in about 10 years.

“We’ve outgrown our facility — it can no longer work,” Scott said.