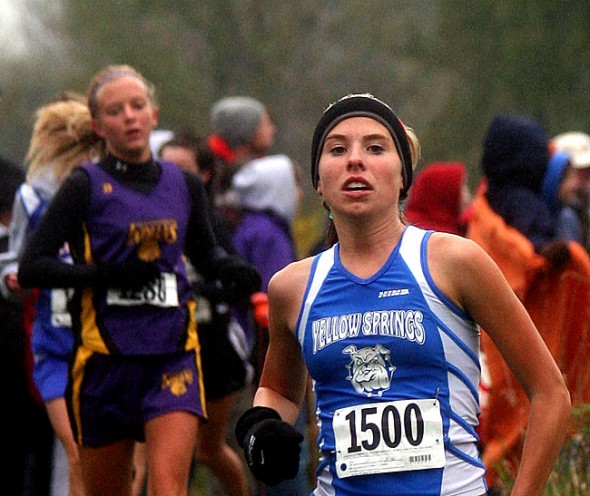 Lois Miller cracked the 20 minute barrier for 5,000 meters last Saturday at the cross country meet at Buck Creek State Park. And newcomer Alex Brown bumped Paloma Wiggins down a spot to become the seventh-best runner in YSHS history as both Brown and Miller ran their season bests. Miller remains at the third best runner, all-time, while Anita Allen, from the class of 1998, holds the top spot with a 19:21 clocking. 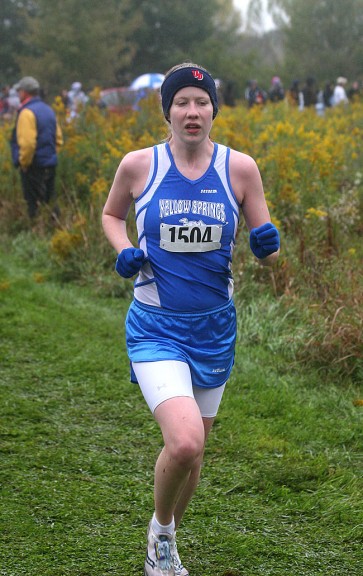 It was the combination of a fast course with cool temperatures that provided near perfect conditions for both juniors. Miller’s 19:57 was good for eighth overall out of 148 runners and Brown’s 21:06 was good for 25th.

The Dawgs, behind the lead of their dominate duo, raised their season record to an amazing 56 wins, 30 losses with their sixth place team finish out of the 20 schools competing, including division 1 and 2 powerhouses. The Bulldogs bumped off such notable programs as Xenia, Vandalia Butler, Shawnee and Springfield Central Catholic.

Zoey McKinley and Ashley Merritt had the all-important role of pack and tie breakers in this race. McKinley ran to a lifetime best of 29:37 – good for 134th. Merritt was 148th in 36:37.

For the boys team, Freshmen Connor Gravley-Navello and Josh Sietz sped to lifetime bests at last Saturday’s meet.
Connor set the pace by averaging 7:00 per mile to place 149th in 21:44. Josh dropped nearly two minutes from his previous best time to place 185th out of the 204 finishers in 24:19.

Seventh graders CJ Johnson and Hayden Orme led the Bulldog cross country team to a fourth-place finish out of 18 schools on Saturday.Competing against many bigger schools the young runners had a great team effort as all five scorers placed in the top 60 of the 142 finishers. 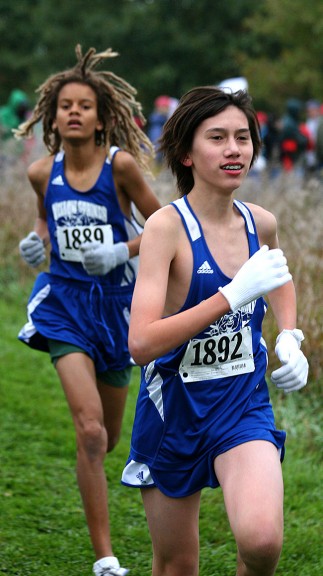 Johnson challenged for the lead throughout the race but came up just short to a much bigger eighth grader as he finished the two-mile race in second place with a time of 12:16. Orme easily had his best race of the season as he finished 20th overall in 13:41. Finishing in a tight pack for the Bulldogs were Levi Brown (39th), Gabe Trillana (44th) and Oluka Okia (57th). All three broke the 15-minute barrier.

The team’s season record goes above .500 at 37 wins and 33 losses with three meets remaining on the regular season schedule.

The lone girls runner, Charlotte Walkey had fast competition Saturday. Her speedy 6:22 first mile allowed her to keep pace with the other three girls in the lead pack and she held on for fourth place — out of the 112 middle school girls in her race — with a two-mile finish time of 13:49.