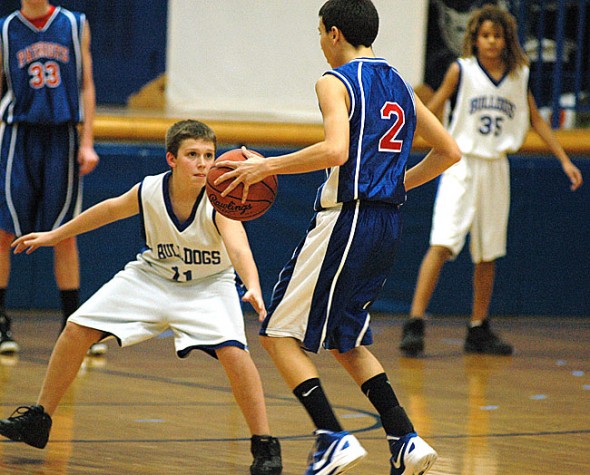 In its first week of action, the Yellow Springs High School boys basketball team won its season opener with a career game from Cole Edwards and played hard in a scrimmage with a Division I school.

The Division IV Bulldogs (1–0) stayed with, but ultimately fell to, Cincinnati Woodward on Tuesday 91–58 in a charity game benefitting local organization Simply Women.

Later in the week, they hosted London and won 66–58. Forward Cole Edwards had career highs in both points and rebounds. He notched 22 points on the night and brought down 14 rebounds. Greg Felder Jr. added 14 points, seven rebounds and five assists. Robbie Jones poured in 13 points while Roland Newsome and Jacob Roe grabbed 10 rebounds each.

The boys open their conference season at Troy Christian this week, looking to start strong in order to win the Metro Buckeye for the first time since the 2009–10 season.

The girls varsity basketball team got its first win of the season at home against conference foe Emmanuel Christian last week, after dropping its season opener earlier in the week. The team is now 1–1 (1–0 in the Metro Buckeye).

Hosting Emmanuel Christian, the Bulldogs took a first half lead, 37–29, before running away with the game in the second, finishing with 51 points to Emmanuel Christian’s 34. Kennedy Harshaw led in scoring, with 16 points, shooting 78 percent from the floor. Keturah Fulton added 13 points while Angela Allen notched 10 points, including four from the line. Maryah Martin anchored the Bulldogs’ defense with seven steals and six defensive rebounds and dished out six assists. Allen brought down 11 rebounds on the night.

In its season opener, the McKinney eighth-grade basketball team looked to get revenge  this week against visiting Division I team Carroll, but lost 61–36. The deep team that controlled the boards with its 6’3’’ center was too much for the Bulldogs, despite strong performances from Rodman Allen (11 points), Isaiah Taylor (8 points) and Kaner Butler (7 points). 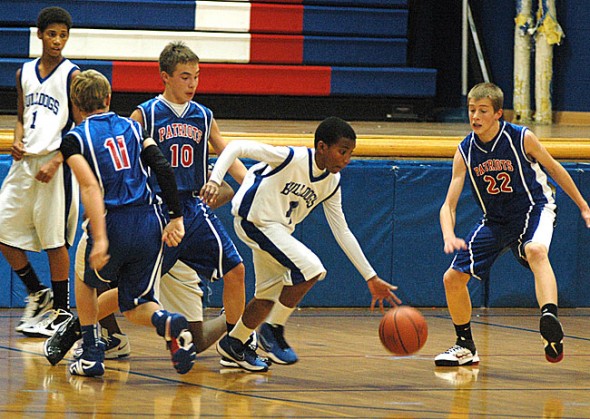 Above: Keanan Onfroy-Curley, left, and Oluka Okia guarded their opponents during the McKinney eighth-grade boys basketball team’s 61–36 loss to Carroll this week. (Photo by Megan Bachman)