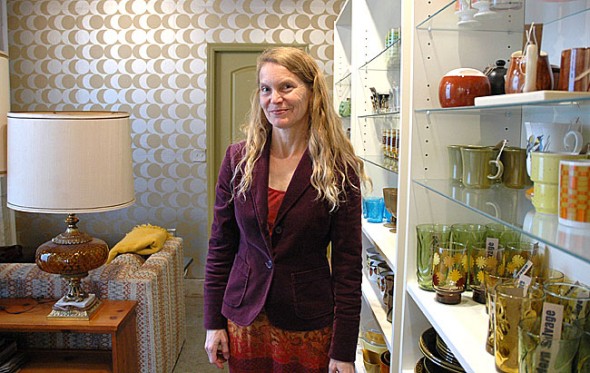 What Valorie Claggett finds at garage sales, estate sales and thrift stores are not high-priced antiques, she says, but rather useful and affordable items for everyday life that happen to have that retro style.

So the growing collection at Modern Salvage, her new store at 138 Dayton Street, compromised of vintage tumblers, chairs, dressers, wallpaper, lamps, artwork and more, is not for admiring but for buying. And don’t call them antiques.

“I’m not focusing on things that are older,” Claggett explained, since some items may be reproductions of traditional styles. “I’m just looking for a look, a quality and a usefulness.” 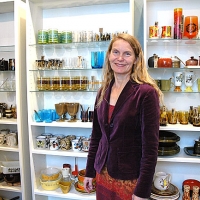 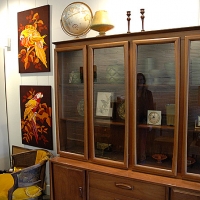 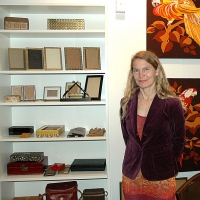 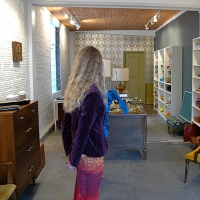 Modern Salvage is open from Sunday to Wednesday, noon to 4 p.m., and additionally on Saturdays through the holidays.

See the Dec. 1 issue of the YS News for the full story.