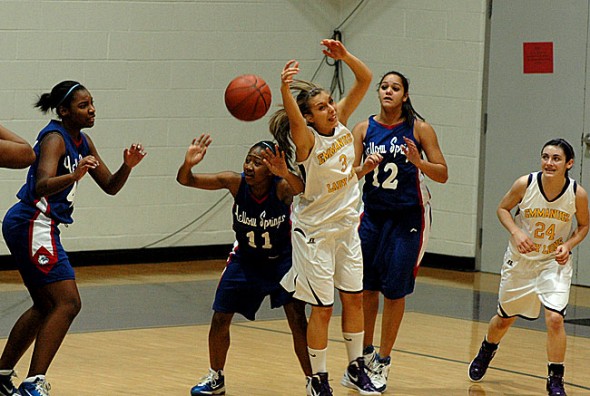 From left, Angela Allen, Brianna Ayers and Maryah Martin struggled for a loose ball after Martin rejected an Emmanuel Christian player during this week's contest. (Photo by Megan Bachman)

YSHS had the talent to topple Emmanuel Christian this week, but struggled to capitalize on turnovers and shoot consistently from the floor. They lost 33–26 in Springfield to move their record to 1–3 (1–1 in the conference).

The team got off to a shaky start and fell behind 8–4 early in the first quarter before  Allen took matters into her own hands, drawing a foul under the basket and taking a steal the other way to add four points, all from the free throw line. The defensive duo of Brianna Ayers and Maryah Martin caused numerous Lions turnovers but failed to capitalize on the fast break and the Bulldogs couldn’t stop fouling their opponents.

The quarter ended 12–10 in favor of the home team and they couldn’t catch their opponents throughout the rest of the game. Martin led the team with 12 points, including three 3-pointers. Angela Allen added eight points and shot 4–5 from the line. Kennedy Harshaw contributed four points and Ayers put in a couple of free throws in addition to her five steals. 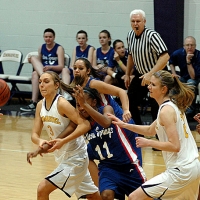 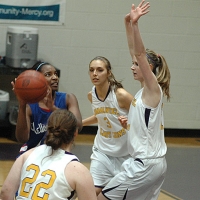 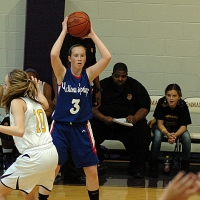 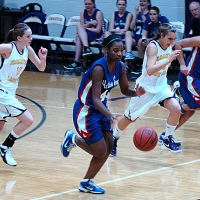 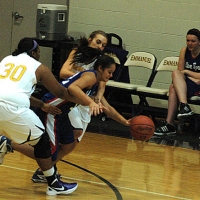 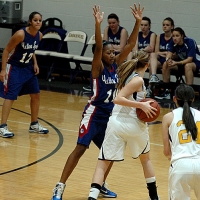 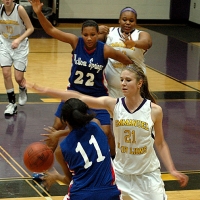 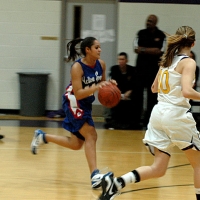 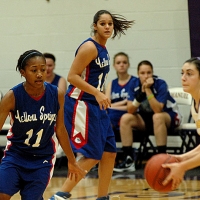