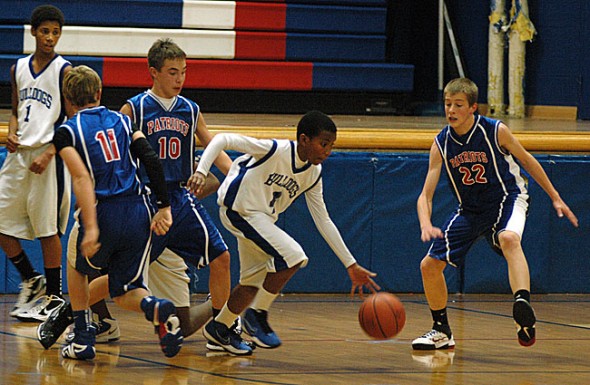 Kaner Butler came away from a scuffle with the ball during the team's 61–36 loss last week. (Photo by Megan Bachman)

In its season opener, the McKinney eighth-grade basketball team looked to get revenge  this week against visiting Division I team Carroll, but lost 61–36. The deep team that controlled the boards with its 6’3’’ center was too much for the Bulldogs, despite strong performances from Rodman Allen (11 points), Isaiah Taylor (8 points) and Kaner Butler (7 points). 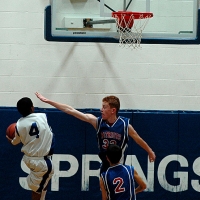 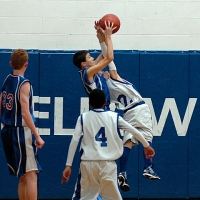 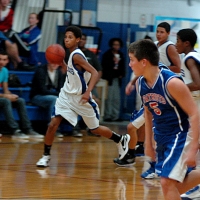 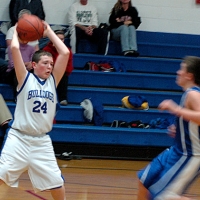 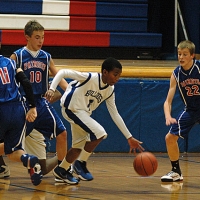 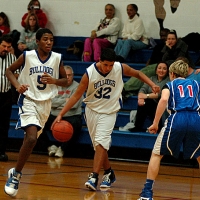 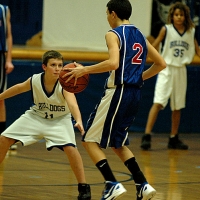 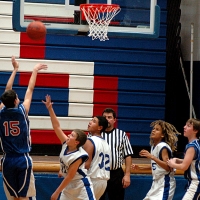 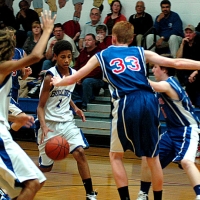 Also this week, the girls varsity basketball team hosted Bradford and lost, 44–37 after outscoring their opponents 8–1 in the final quarter and nearly pulling off a come-from-behind victory. Bulldogs center Angela Allen had a double-double with 13 points and 13 rebounds and added four steals. Keturah Fulton shot 57 percent from the field with eight points and Maryah Martin dished out seven assists and scored six points. The team’s record is 1–2 (1–0 in the conference).

This weekend boys varsity basketball team narrowly lost at Troy Christian and at home to Bishop Ready. They are now 1–2. See the Dec. 15 issue of the News for more details.