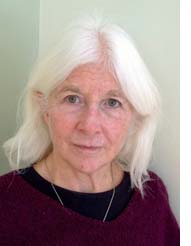 “Dennie is a great addition to our academic team,” Vice President for Academic Affairs Hassan Rahmanian said in a college press release. “She has a long and productive affiliation with, and a great passion for, Antioch College.”

Eagleson’s position will involve managing the Herndon Gallery and helping to organize its exhibits; creating an artist-in-residence program (both in collaboration with college faculty member Sara Black); and offering workshops in photography as part of the college’s co-curricular program.

She holds a bachelors of arts from Antioch College and a masters of fine arts from the University of Cincinnati.

In an interview last week, Eagleson said that as well as working with college students and staff, she aims to connect the gallery to the Yellow Springs community for not just visual arts, but other cultural events. For instance, the gallery will host a Chamber Music Yellow Springs event this winter, and Eagleson seeks other ways to serve the community. She also seeks volunteers to help staff the gallery duing afternoon hours; interested persons should contact her at 937-475-5618.

It’s exciting to be on campus again, Eagleson said.

“The students are interesting and lively, and people seem very capable and committed. There’s a high level of positive energy,” she said.