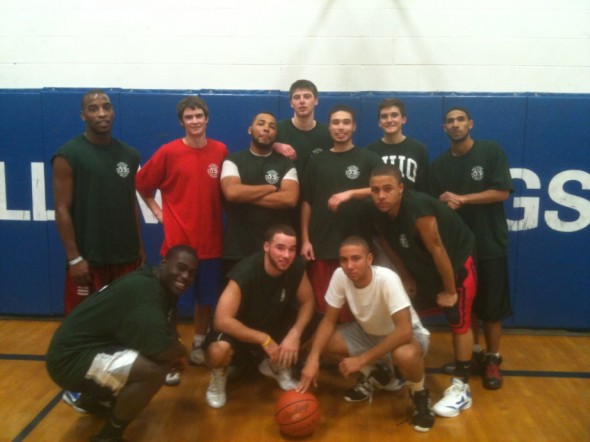 Boys bball loses a close one

The Yellow Springs High School boys varsity team lost a close game to Metro Buckeye Conference rival Dayton Christian on Dec. 20. They fell 53–43 to move their record to 2–4 (1–3). All four of the team’s losses this season have been close games.

The team’s leading scorer, Greg Felder Jr., paced the Bulldogs with 16 points and five assists. Roland Newsome contributed a double-double with 15 points and 12 rebounds on the night.

“We are still challenged with overcoming rebounding and shooting issues,” Newsome said last week. “But I’m trusting that we will grit it out in practice and overcome.”

The Bulldogs are currently in sixth place in the MBC.

Going into their final game before the holiday break , the YSHS girls varsity basketball team had lost five games in a row.

The Lady Bulldogs went on to a 52–34 road victory at Jefferson to achieve their second win of the season and their first win since Dec. 1. Their record is now 2–5 (1–4 in the MBC, where they hold fifth place out of seven teams).

Maryah Martin is currently second in assists in the conference, averaging 4.3 per game. Kennedy Harshaw and Angela Allen are among the top five rebounding leaders.

Once again, the Yellow Springs Alumni Basketball Tournament did not disappoint with the final two games going into overtime.

The semi-final between the classes of ’92 and Before versus ’02–’03 had a match up that went back and forth with no team gaining a clear edge. The returning champs from last year were no match for the veterans, even though for ’02–’03 Paul Hull hit four three-pointers for 12 points, Brent Robinson had 13, John Cowen had 15, and Matt Wallace lead the way with 16 points. Two of the younger players fouled out as the vets took control of the game in overtime with Brad Newsome leading the way with 25 points, Cary Cordell with 20 and Jason Shea with 13.