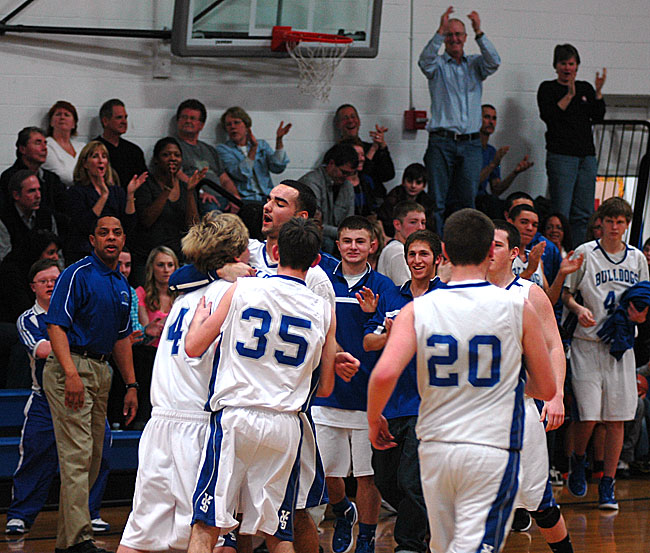 Roland Newsome and Jared Scarfpin congratulated teammate Liam Weigand after Weigand put in a final basket to put the Bulldogs up by 13 going into halftime. YSHS won the contest 64–59. (Photo by Megan Bachman)

The YSHS boys basketball team regained some pride on Friday as they cruised to a 64–59 victory over visiting Middletown Christian just two weeks after falling to them in a devastating overtime loss.

Despite a 25-point Bulldog lead and 46-point performance from YSHS forward Roland Newsome, YSHS lost 93–89 in overtime to Middletown Christian on Jan. 13. This time it was all Bulldogs. The home team, in front of a packed house, charged out to a 31–18 halftime lead and never looked back. 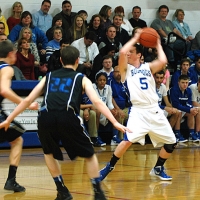 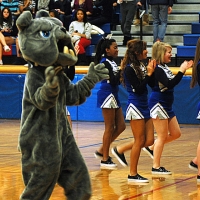 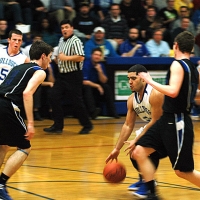 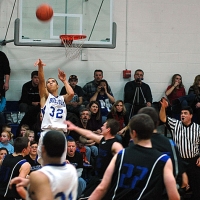 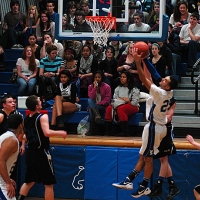 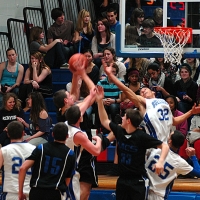 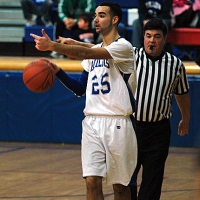 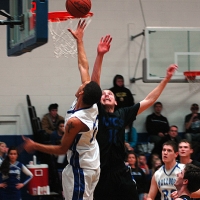 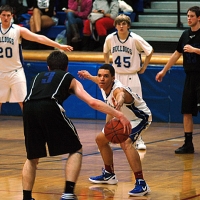 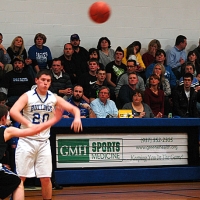 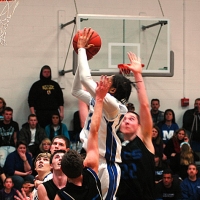 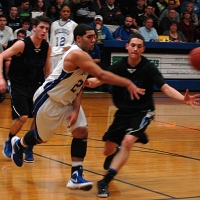 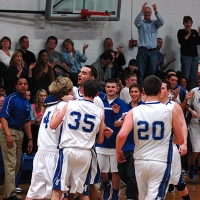 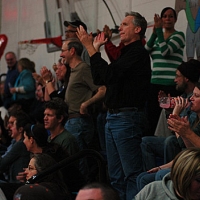