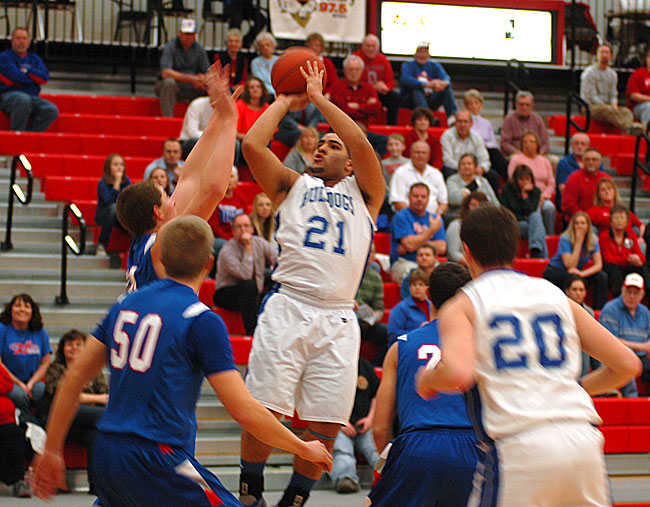 Robbie Jones leaped above a Tri-Village player to nail a jump shot during the Bulldogs' 60–40 tournament loss on Wednesday. (Photo by Megan Bachman)

When the Yellow Springs High School boys basketball team went into the locker room at halftime up 22–18 against #2 seed Tri-Village in the sectional tournament, it seemed an upset was in the offing. The Bulldogs had pounded the Patriots all half, outscoring, out-rebounding and out-hustling their opponents. And they held Tri-Village to the fewest points they’d scored all season.

But the YSHS swagger faded in the third, as Tri-Village used their height to dominate on the inside and halted the fast-paced Bulldog offense. The Yellow Springs lead dwindled and as the final seconds ticked off, YSHS found itself down by 20 points.

Senior Greg Felder Jr. led the Bulldogs with 11 points. Roland Newsome had nine points in just the first half of play, including a four-point play during a 12–6 YSHS run in the first quarter.

Read the full story in the March 8 issue of the News. 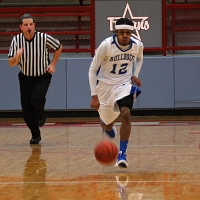 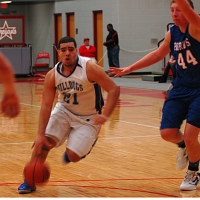 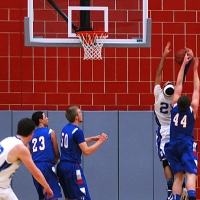 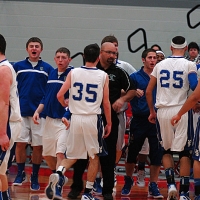 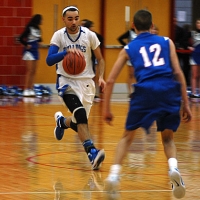 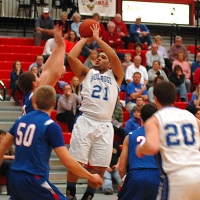 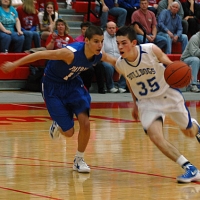 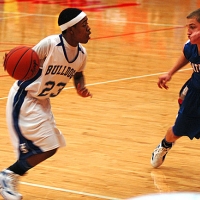 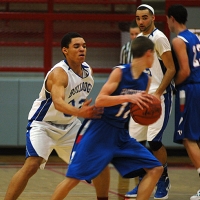 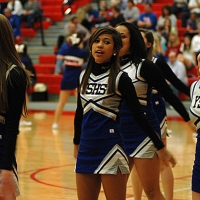 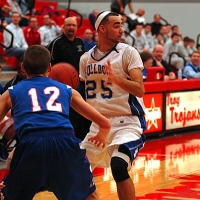 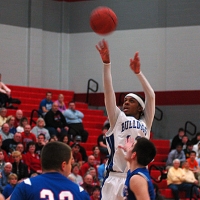 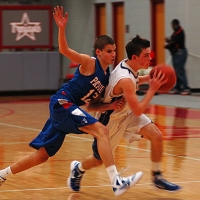 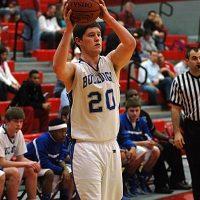 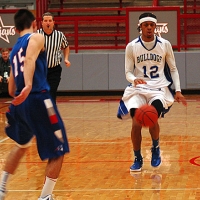 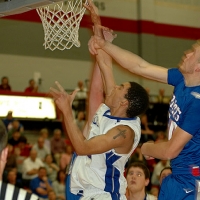 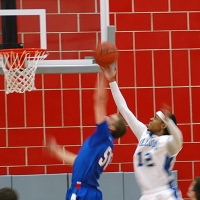 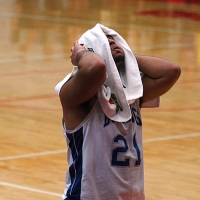