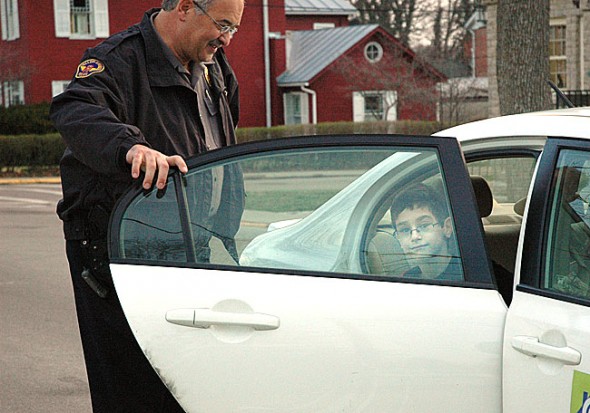 Yellow Springs Police Chief John Grote is one of three retiring Village employees who will be honored at a reception this Thursday, March 29, from 11:30 a.m. to 1 p.m. at Bryan Community Center, Rooms A and B. The public is invited and refreshments will be served.

Longtime Village employees to be honored

Yellow Springs Police Chief John Grote, Water Plant Operator Ted Dunevant and Greg Jones of the Village street crew will all be honored this Thursday, March 29, at a reception from 11:30 a.m. to 1 p.m. at Rooms A and B at Bryan Community Center. The public is invited and refreshments will be served.

Chief Grote is retiring at the end of this month after 25 years on the local force. Last week Village Council hired Arthur Scott, former chief of Beavercreek police, to be interim police chief after Grote leaves. Scott has 40 years in law enforcement. A new permanent chief will be hired after the Village hires a new Village manager.

Dunevant is retiring after 26 years operating the local water plant.