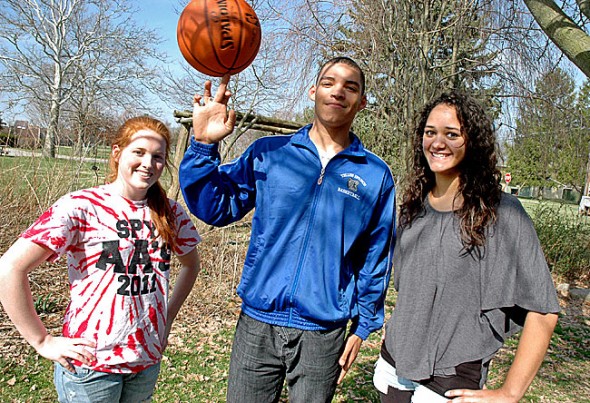 Scholar-athletes Erika Chick (varsity swimming), Kaner Butler (McKinney boys basketball) and Kaliyah Fulton (McKinney girls basketball) were honored for their strong performance both in the classroom and on the playing field.