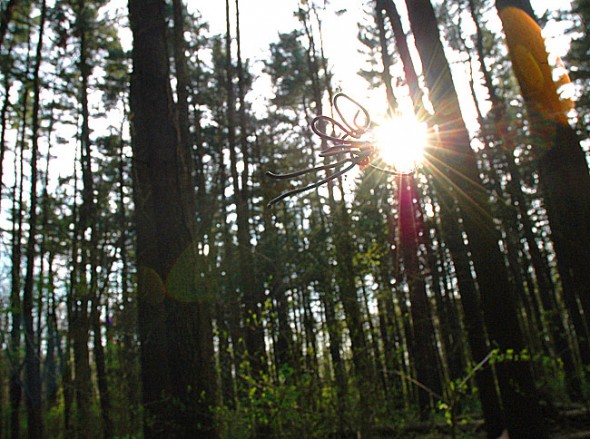 A pine forest faerie glimmered in the evening light before calling the recent glut of neopagan worship "def annoying."

In a press conference given under the full moon, the nature spirits called the local occultists “totally lame” and “distracted by the magical screens of a matter-centric culture.”

“The lute and the drum are heard here no more,” said Ariella, a resident of the local enchanted kingdom, at the press conference. “Not cool, dear ones. Not cool.”

For decades the pine forest rituals of local witch covens and neopagan circles have included chanting, ecstatic dance and ceremonial rites, during which participants have frequently invoked the healing power of nearby feys.

But today, with the exception of pot-smoking tourists, the pine forest lay silent, according to local pixie Feeorin.

“We could have showed you the Akashic Records and taken you to commune with Pan,” Feeorin said. “But you just want to puff on your silly weed. I mean, seriously? That is totes ridic.”

Feeorin went on to lament how fewer humans are crossing the “rainbow bridge to the undying land of the good folk,” which he said was an “epic fail.”

But most disconcerting to Euphraxia, a wee folk who lives near the yellow spring, are that planned celebrations of the upcoming Venus occultation and winter solstice galactic equator alignment have had to be canceled.

In other elemental news, the Owenites, who nearly two centuries ago traded their earthly existence for immortality in faerie realm, hosted famed Magician Merlin last week for a round-table discussion. Utopian community leader Robert Owen described the event as “off the hook.”